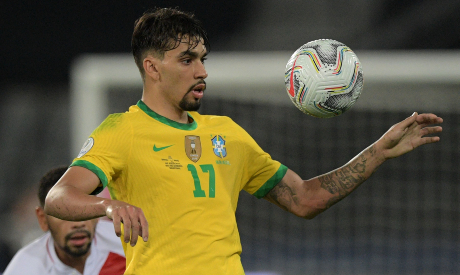 Herrero, 16, has signed on a four-year contract from Villarreal Frankfurt confirmed Tuesday.

“Here he will get the time and opportunities to develop and take his first steps in professional football.”
Herrero is the third Spanish teenager Frankfurt have signed in 2021 after forwarding Ignacio Ferri Julia, 16, from Alzira, and winger Fabio Blanco, 17, from Valencia.

Herrero and Blanco are both Spanish youth internationals.

The Bundesliga club also recruited Borre from the Argentine club River Plate on a free transfer.

“He will help us with his goal-scoring instinct,” Kroesche added.

The 25-year-old replaces Portugal striker Silva, who has joined Champions League side, RB Leipzig, after scoring 28 goals for Frankfurt in the Bundesliga last season.

Borre is set to play for Colombia in the Copa America semi-final against Argentina on Wednesday with hosts Brazil already through to the final.

This is the third time Borre has signed for a European club after stints with Atletico Madrid and Villarreal, but he made his breakthrough at River Plate, where Borre scored 56 goals in 149 competitive games.

He was also in the River Plate side which won the 2018 Copa Libertadores title.