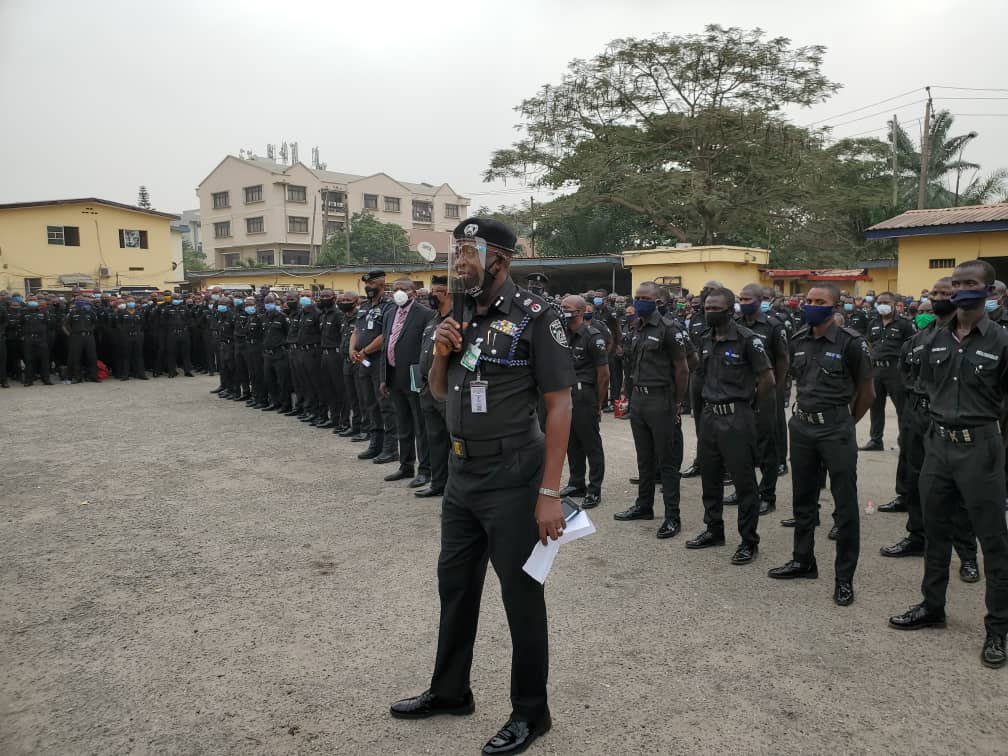 As of 09:19 am, no Yoruba Nation protester was in sight as vehicular movement and business activities in the area continue uninterrupted. In a bid to prevent the planned Yoruba Nation rally from taking place in Lagos, security operatives have occupied the Gani Fawehinmi Park in Ojota, Lagos.

There’s a heavy presence of the Nigeria Police Force, the Nigerian Army, and the Nigeria Security and Civil Defence Corps at the park on Saturday, July 3, 2021.

Operatives of the Department of State Services (DSS) are also among the security operatives deployed to the park to stop the rally from holding.

The joint security forces, who are armed to the teeth, have been deployed to the park with patrol vans, heavy anti-riot gun trucks, and Black Marias.

As of 09:19 am, no Yoruba Nation protester was in sight as vehicular movement and business activities in the area continue uninterrupted.

The Lagos State Police Commissioner, Hakeem Odumosu, who was seen at the park addressing police officers had vowed that the protest would not be allowed hold.

In a statement on Thursday, July 1, 2021, Odumosu claimed that some disgruntled elements had planned to take advantage of the rally to attack Lagosians.

The police also threatened to deal with anyone caught participating in the rally.

It would be recalled that following the raid on his house on Thursday, one of the leaders of the Yoruba nation agitators, Sunday Adeyemo, aka Sunday Igboho had suspended the Lagos rally.
But the umbrella body of Yoruba Self-Determination Groups, Ilana Omo Oodua had insisted that the rally would hold as planned in Lagos.

The group maintained that “It is the duty of Police to ensure the rally is not hijacked by hoodlums.”

“Our rally scheduled to hold on Saturday will still hold without any fear or intimidation and we promise to be peaceful like we have always been,” the Akintoye-led body wrote in a letter to the Commissioner of Police in the state, Hakeem Odumosu; and Governor Babajide Sanwo-Olu.

The Yoruba Nation rally had held in Oyo, Ondo, and Osun states.