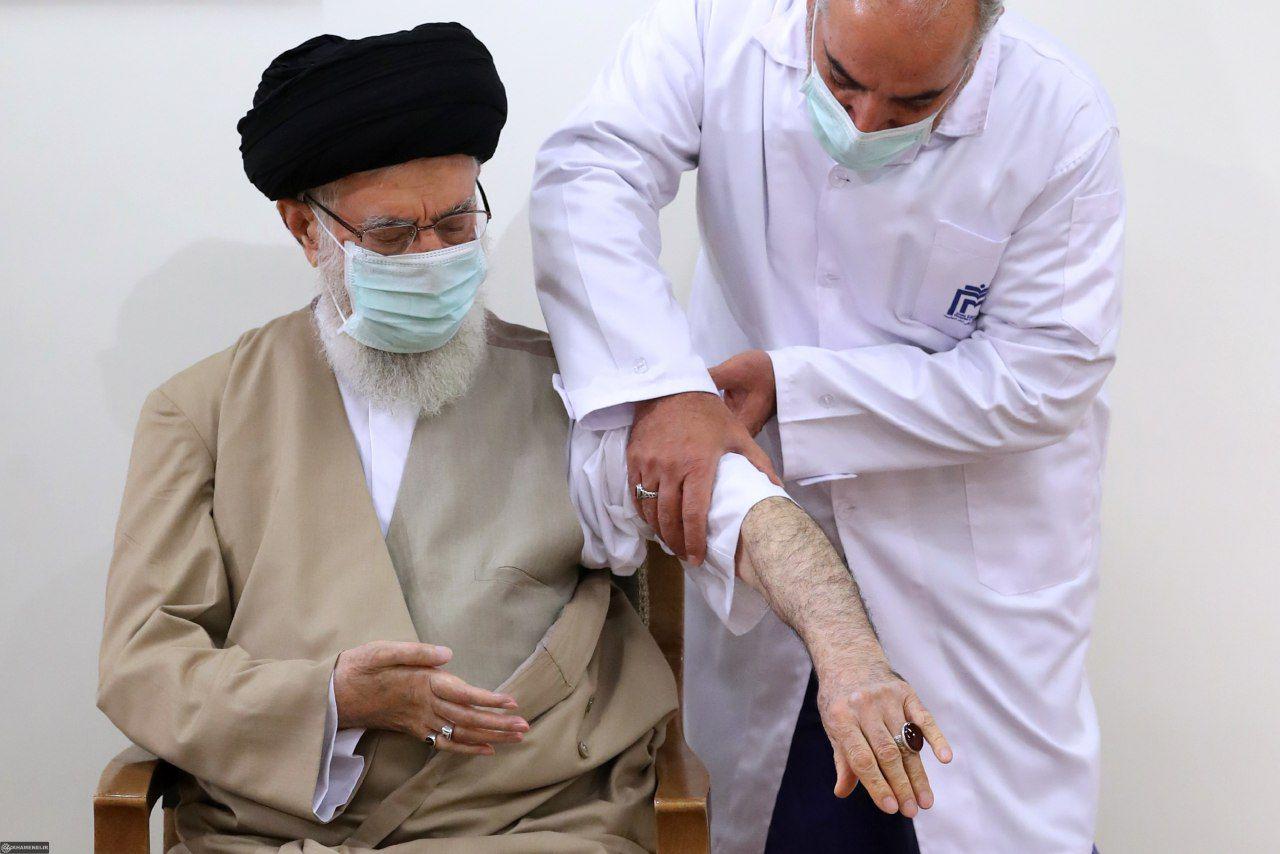 Leader of the Islamic Revolution Ayatollah Seyyed Ali Khamenei has received his first dose of a coronavirus vaccine produced by Iranian scientists inside the country.

On Friday morning, Ayatollah Khamenei received his first dose of the CovIran Barekat vaccine, which was approved for emergency mass application by the country’s Health Ministry earlier this month.

After receiving the vaccine, the Leader thanked all those who were involved in the development of the homegrown vaccine, which was produced as part of a project led by the Headquarters for the Execution of Imam Khomeini’s Order, a charitable organization headed by Mohammad Mokhber.

Ayatollah Khamenei thanked Mokhber and his colleagues as well as Health Minister Saeed Namaki and all of the country’s health workers who have been fighting against the deadly COVID-19 virus for more than a year.

“I did not want to use non-Iranian vaccines, so I said I would wait for the Iranian vaccine,” he said. “Because we should respect this national honor. As long as there is a possibility of prevention and treatment inside the country, why shouldn’t we use it?”

“Of course, when needed, the use of foreign vaccines along with Iranian vaccines is not a problem, but we must respect the Iranian vaccine and thank all the young scientists who worked hard and actively in the production of this vaccine as well as other centers that are developing vaccines in the country,” the Leader added.

Ayatollah Khamenei received the vaccine two days after his official website announced that he would receive the CovIran Barekat vaccine within days.

Khamenei.ir carried the report on Wednesday, citing Dr. Alireza Marandi, president of the Academy of Medical Sciences of the Islamic Republic of Iran.

“The Leader lays especial emphasis on the use of Iranian vaccine. This vaccine is the result of young Iranian scientists’ endeavor and enjoys a high immunization level,” Marandi said.

He said Ayatollah Khamenei did not have any objection to receiving vaccination from the onset of the outbreak of the coronavirus crisis.

The Leader had, however, set two prior conditions, insisting not to receive the vaccine outside the schedule that had been devised for the rest of Iranians in the first place, Marandi noted. Secondly, Ayatollah Khamenei had required to receive only Iranian vaccines, he added.

“Therefore, once the vaccination process involving the Iranian countrymen above 80 years of age began, the Leader refused to receive foreign vaccine and waited for the Iranian one,” the official stated.

Marandi pointed out that Ayatollah Khamenei was to have a first dose of the Iranian vaccine administered, while the Iranians fitting within the age bracket had already received their first dosage from the country’s imported vaccine reserves.

The website hailed that the Iranian scientists, who had produced CovIran Bareket, were all among those, who had studied at domestic academic institutes. It added that production of the cure had made Iran the sixth country across the world to score the achievement after India, China, the UK, the US, and Russia, and the first West Asian nation to triumph in the area