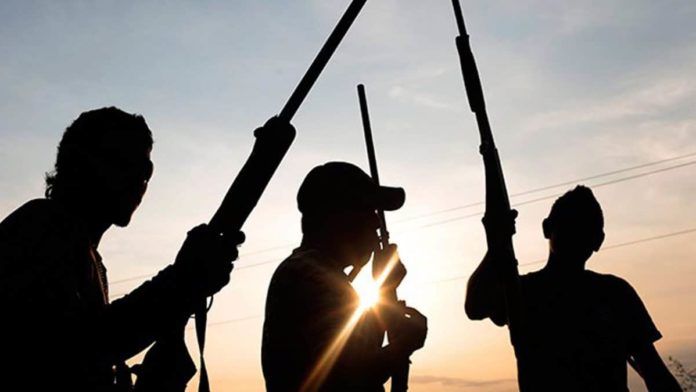 Palpable fear has gripped residents of Tunga Maje village, near Zuba in the Federal Capital Territory, Abuja following the invasion and abduction of scores at the Hilltop Hotel lodge located in the area.

It was reported that unknown gunmen on Thursday, stormed the hotel premises and abducted Hon. Friday Sani Makama, Prince Frederick Adejoh and others yet to be identified.

Hon Makama was a former lawmaker in the Kogi State House of Assembly who recently dumped the Peoples Democratic Party (PDP) and joined the ruling All Progressives Congress (APC) ahead of the forthcoming 2023 general elections.

He was abducted alongside Prince Adejoh who is currently the Oma Onu Aya of Igala land.

It was gathered that the suspected kidnappers invaded the area, shooting sporadically to scare security guards away before whisking the victims away to an unknown destination.

It is reported that the incident disrupted daily economic activities in the area as residents were plunged into unusual tension over more attacks.

A motor spare parts dealer in Zuba Market who identified himself simply as Kelechi, told DAILY POST correspondent that some residents living near the hotel have deserted the area for a safer place.

“Things we use to hear from a very far place have gradually come to us here in FCT. According to what we heard, the gunmen were heavily armed with sophisticated weapons.

“If they can attack the hotel with the kind of security they have there, then what do you think would happen to the common man? These criminals don’t care whether you are rich or poor. They attack everybody.

“We heard that some workers who are just hustling to get what to eat were also abducted. So who is safe? We are all in.”

Another resident of FCT, Mr Aruna Omoha lamented the security situation in the nation’s capital, revealing that the number of unreported cases supersede the ones reported.

“In FCT, criminals are silently killing residents on a daily basis without the knowledge of the media and even the security agencies. Most times, when the assailants abduct a resident, they would warn the family members not to involve the police or the media.

“Due to fear of the victim being killed, the family members would not report the case and that is how the ransom will be paid and anything on the contrary, the victim will be killedd”, he said.

It is reported that the Tunga Maje and the Kaduna-Abuja highway has been a den for kidnappers and hoodlums who usually move into the city at will launch mayhem on innocent residents.

There have been series of attacks in several parts of the city by criminal elements who migrated from the neighbouring sates like Niger, Kaduna States and others where banditry is currently surging.

A security personnel who pleaded not to be mentioned in print, expressed fear over possible invasion of the city by the Boko Haram insurgents.

“What we can’t tell is how these elements get into the city despite the level of tight security in many parts of the territory.

“It is my fear that the Boko Haram may also gain entrance into the city like they did in Niger. Some of the places they captured in Niger State are not far from the FCT. We all have to be vigilant”, he said.

Recall that on May 21, this year, the Nigeria Police Force alerted the general public of possible attacks by Boko Haram terrorists and other criminal elements in the cities of Abuja and Jos, Plateau State.

The alert was contained in a letter addressed to the Commissioners of Police and the Command Headquarters of
the FCT/Plateau State and signed by Ag. CP Idowu Owhunwa, Principal Staff Officer to the Acting Inspector-General of Police, Usman Alkali Baba.

The letter said, “Intelligence report at the disposal of the Inspector-General of Police has uncovered plan by Boko Haram Terrorists to attack major cities in the country, particularly in Jos, Plateau State and the FCT, Abuja,” it stated.

When contacted by DAILY POST correspondent, the spokesperson for the FCT Police Command, ASP Mariam Yusuf confirmed the latest development.