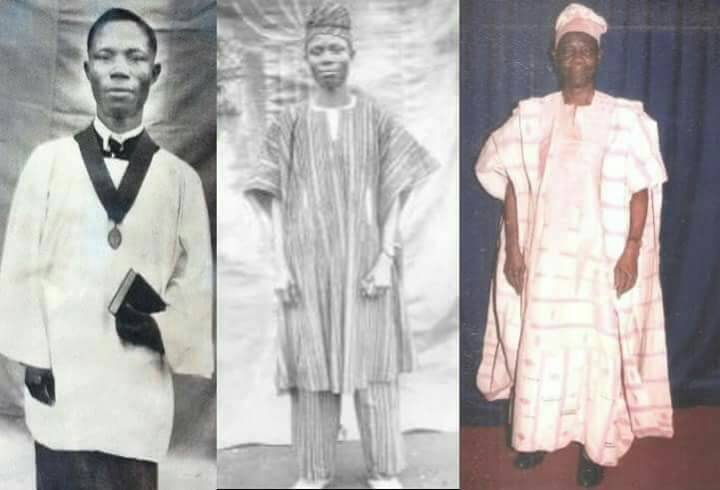 Late Pa Alphaeus Taiwo Olunaike, popularly known as Alajo Somolu, was so famous for his ingenuity in thrift collection that many thought he was a Yoruba myth.

Nigeria’s most famous thrift collector, Alajo Somolu, was a man of folkloric popularity, that his story and reputation made it into Yoruba literary genre and music.

This is a line from Nigerian singer and songwriter, Brymo’s song “Alajo Somolu”. It is not without precedence. Alajo (thrift collector) Somolu was the name of a thrift business owned and run by Late Pa. Alphaeus Taiwo Olunaike since 1954.

Alajo Somolu, as he was popularly called, was popular for his business acumen and tenacity in thrift collection.

Because his name was linked to many wise sayings and anecdotes, many believed he was a myth or legend. However, the man behind the legend was alive to witness Nigeria’s 50th celebration of independence.

About Pa. Taiwo Alphaeus
The man of the legend was born a triplet. In ancient Yoruba land, triplets were seen as taboo because they were believed to bring bad luck to the land.

The second of the remaining two, Kehinde, died at infancy leaving just Taiwo. He went on to live for 97 years and breathed his last on August 11, 2012, at his famed Shomolu residence in Lagos. He was buried on September 22, at the Church of Nigeria Cathedral, Isonyin, Ijebu in Ogun State.

In the year 1927, he arrived Lagos, was enrolled at the St. Johns School, Aroloya, and later on, the Christ Church Cathedral School, Lagos, where he finished in 1934. Two years later, he was enrolled as an apprentice under a tailor named Rojaye. He got his ‘freedom’ after working as an apprentice for nine years. Subsequently, he followed his uncle on a commercial trip to Cameroon in 1950. There, he tried his hands on various tasks and ventures in Cameroon.

He later learned about Ajo gbigba (thrift collection), from a Cameroonian neighbor and returned to Nigeria, in 1954, determined to start his own thrift collection business — Popular Daily Alajo Somolu.

Taiwo practiced his trade at a period when there was no calculator nor computer to aid his calculations yet he could tell his clients exactly what their balance was without any reference to any documents. This is a testament to high mental acuity and, as many claim, a photographic memory.

The Ajo business
Daily thrift collection popularly called Ajo or Esusu is probably the earliest form of banking. It is a special kind of microfinance banking business practiced by communal people that requires integrity and trust to succeed.

This is why Alajo Somolu was successful in his business — he was an honest man. He came to understand the needs of small-time traders so he began his operation in the Somolu area of Lagos, hence the nickname Alajo Somolu. It was the precursor of micro banking in the country.

Small markets were thriving but also needed banking services, receiving little or no attention from commercial banks. The thrift services took a fixed amount of money from market women and men every day, and paid back in lump sums to them at the end of the month, the commission is less one day’s contribution and this served as earning for his services. It also afforded contributors to get loans for their business without any collateral.

About the Legend
Alajo Somolu’s name came up as praise for ingenuity — he/she is hailed as being clever as the thrift collector from Shomolu. He became a metaphor to describe an intelligent person.

Yoruba crime novel, written by Oladejo Okediji, titled Agbalagba Akan, had its protagonist Lapade clothing himself with the ingenuity of the famous thrift collector in Somolu saying:

“Your brain is as sharp as that of Alajo Somolu, who collected thrift for three years and paid back all his customers without writing down a single name and without making a single mistake with the payment.”

This has become common praise for intelligent people.

“You are so intelligent like Alajo Somolu, who sold his car to buy a bicycle.”

The story of Alajo Somolu selling his vehicles to buy a bicycle was not due to a fear of bankruptcy but because they were lying idly by, and he needed more bicycles to add to the one he already used for collection.

According to his children, the late Baba Alajo refused to retire, even when he clocked 75. He rode his bicycle until he could not go out again.