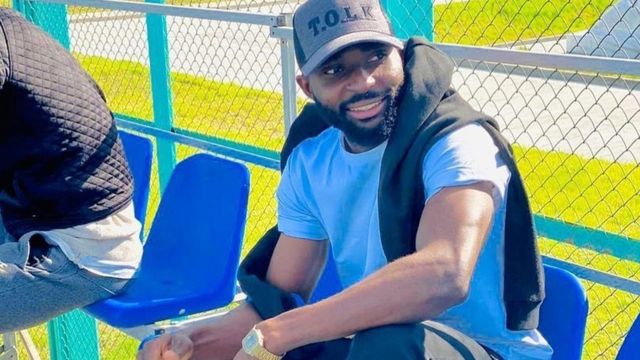 Just a few months after securing a move to Europe, a promising career has been cut short. Kelvin Odenigbo had just achieved what is obtainable for just a tiny percentage of Nigerian football talents.

In January, Odenigbo’s football career got a lift with a move to Europe to play for FC Vitebsk in the Belarusian Premier League.

After a couple of years in the second-tier division in Nigeria, securing a move to Europe was a guaranteed path to making good money from playing football.

But after just four games, his dreams of having a promising football career have been cut short after he drowned in a tragic incident in Belarus.

On Saturday, June 5, 2021, the body of the Nigerian footballer was found in Beloye Lake, a tourist destination in the Vitebsk region.

From just securing a move to Europe, where he had dreams of moving up in his career, the dreams of a promising and talented young footballer has been cut short.

Pulse spoke to a slew of people who expressed sadness about the passing of Odenigbo, a popular talent around Benue and Abuja, where he played for so many years.

His family has also been left to deal with the passing of someone they had enormous hopes for.

Along with his older brother Ebuka who plays for Kano Pillars, the family were hopeful of seeing one or both of their sons attain success in professional football.

“This is a profound shock as he wouldn’t go near a swimming pool,” Ebuka told BBC Sport Africa.
“I said this because he can’t swim at all. He doesn’t like water so I was shocked when they said he was found dead in a lake.”

FC Vitebsk have confirmed that there was no foul play in the drowning incident.

Club doctors said an autopsy found “no violent marks on the body and there are no traces of alcohol in Kelvin’s blood. It was a drowning accident that shocked us all.”