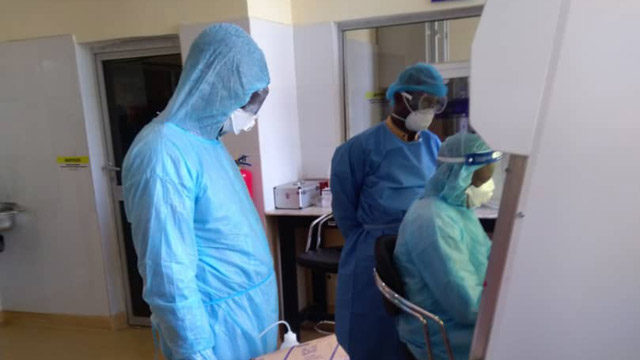 The NCDC in an update posted on its website on Sunday morning said that the infection figure raised the country’s total infection tally to 167,059.

The News Agency of Nigeria (NAN), reports that no Nigerian has died from the disease in the past week.

The public health agency said in the report that six states; Kaduna, Kano, Nasarawa, Oyo, Sokoto, and the FCT had zero cases of the disease.

It said that Lagos state the epicenter of the pandemic in the country, after reporting 12 cases on Friday, did not register any case on Saturday.

Meanwhile, the state with over 20 million people was the most affected in the country with a total of nearly 60, 000 cases and more than 300 fatalities, since the beginning of the pandemic in the country.

The agency said no death from the infectious virus on Saturday as the total death toll in the country remained 2,117.

According to the NCDC update, six patients were discharged after treatment on Saturday raising the total recoveries across the country to 163, 436.

The NCDC stated that the country had tested 2,113,061 samples out of the country’s roughly 200 million population.

It added that a multi-sectoral national emergency operations center (EOC), activated at Level 2, continues to coordinate the national response activities.

The public agency said that Nigeria had over a thousand active cases across the country.