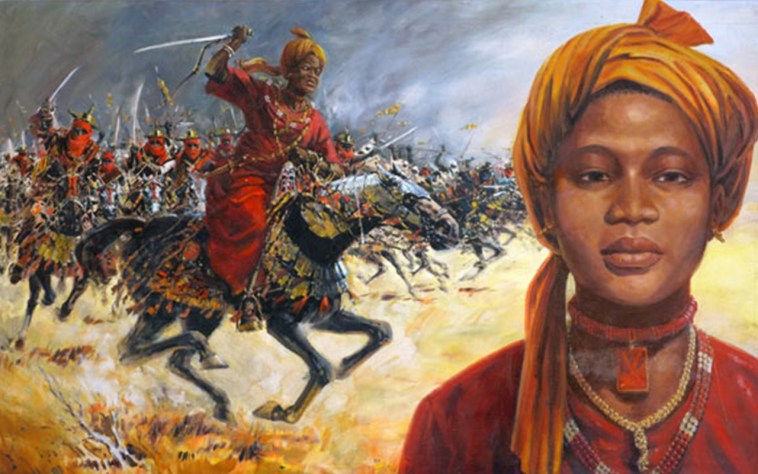 Queen Amina was popularly called ‘a woman like a man’ by her people. She was the first Queen (Sarauniya) of the Hausas of Northern Nigeria and one of its best.

Who is Queen Amina?

Born in the 16th Century to the ruling family of Barwa Turunku, Amina became Queen after her brother died.

She was focused on military conquest and expanded her kingdom greatly. She took over neighbouring tribes like the Nupes.

She ruled Kano and Katsina from Zaria. Her goal was to extend her power beyond Zaria and turn the conquered territories into vassal lands.

Her time was one of the most prosperous in the land. There was an abundance of gold, slaves, metal workers, and crops.
She also built a lot of walls that legitimized her power over the people.

Queen Amina never got married or gave birth but captured temporary husbands from cities she conquered. She died in a battle at Atagora near Bida in Nigeria.

Some people have argued that Queen Amina was just a myth and she never existed.

READ ALSO:  The real story behind the Aba women’s riot

There is evidence to prove her existence;

The legend of Queen Amina was passed from one generation to the others orally. In pre-colonial African society, information was passed across generations only orally.
Elderly people would sit younger people down and talk about the history of the land and legends who lived in times past.

In present-day Zaria, there are buildings and ruins known as Queen Amina’s palace. These palaces include grounds where she trained for her military battles.

Amina’s walls
The walls that she built around cities still exist today, they are fondly called Ganuwar Amina or Amina’s walls

Documentary evidence
The second sultan of Sokoto, Mohammed Bello wrote about Queen’s Amina style of leadership in his book Infakul Matsuri (the wages of the fortunate)

Do you think she existed or she was made up? History is passed from one generation to another and learnt from documents, excavations and observation. It would appear that history leans in favour of the existence of Queen Amina.