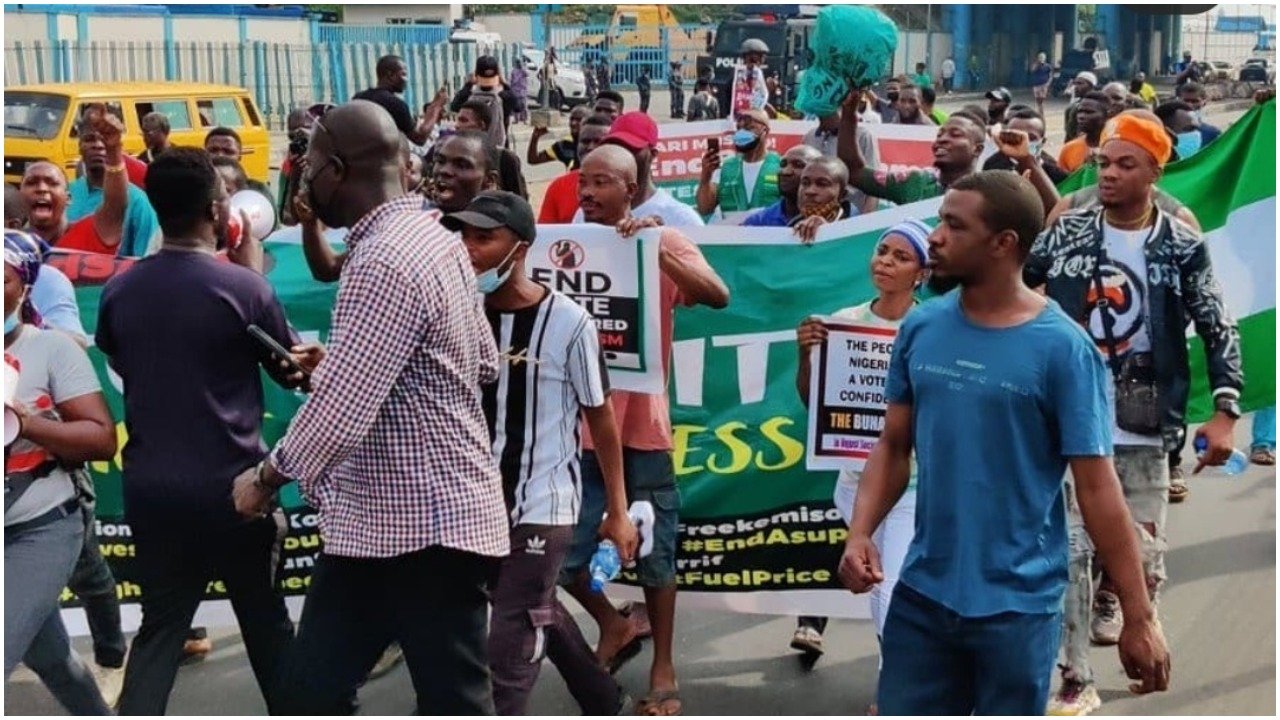 Some of the protesters have reportedly been arrested. Police operatives in Lagos have stopped Nigerian youths from protesting at Ojota, Lagos.

The youths, who gathered at the Gani Fawehinmi Park in the area to protest against insecurity and bad governance in the country were dispersed by the police.

Some of the protesters have reportedly been arrested. The state police command warned the protesters to stop advancing to the Gani Fawehinmi Park to prevent hoodlums from hijacking the protests.

Saturday, June 12 is Nigeria’s Democracy Day, and many civil organizations had vowed to peacefully protest the government’s poor management of the country.

But the police in a statement on Friday that they were not aware of any planned protests in the economic hub of Nigeria.

The police also appealed to the public to disregard any sit-at-home order called by certain groups which is being circulated in social media and go about their lawful businesses.