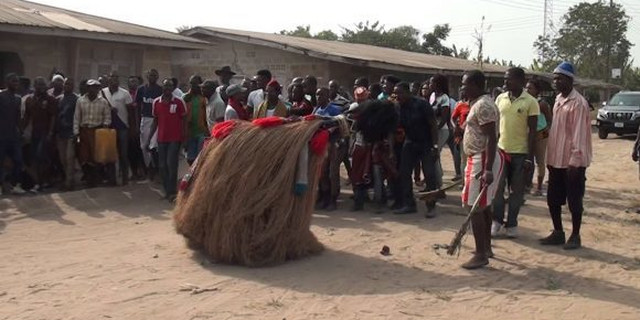 They are known to speak the Ukwuani language, a branch of the Volta-Niger language family with different dialects within the Ndosumili-Aboh area.

Often considered as Igbos, probably from the language similarities, Ųkwųani people are one of the tribes in the Delta State, Nigeria.

They are found majorly in the Northern part of Delta State and in some parts of Ogba/Egbema/Ndoni local government area of Rivers State, Nigeria.

READ ALSO:  Why do the people of Ndebele South Africa wear neck rings?

However, they are known to speak the Ukwuani language, a branch of the Volta-Niger language family with different dialects within the Ndosumili-Aboh area.

But the one spoken by the majority of the people which is regarded as the standard dialect is the Utagba dialect. It is easily understood by the speaker of the other dialects and it is the dialect that is used for Ukwuani language studies.

Ukwuani language is also included in the list of 27 Nigerian languages approved by the Federal Government for the purpose of “mother tongue education.”

It is important to note that the Ukwuani, Igbo, Ekpeye, Ika, and Ikwerre are not the same language but are classified as languages that belong to the same linguistic family of Igboid languages.

And with a tradition that shares so many similarities to other Niger Delta ethnic groups, the Nkwani land like most of the Niger Delta areas, is host to some of the Nation’s oil companies.

But like it is with other Niger Delta areas, the Nkwanis also complain of marginalization.

Renowned for their elaborate showmanship during their marriages and funeral rites, it’s one ethnic group in the south-south axis whose musical prowess appeal cut across boundaries.

Food of the people

The Ukwuani people are unique when it comes to dressing. The men usually dress in six yards of George wrappers tied around their waist, a native shirt, beads, a cap/hat, and a pair of shoes.

For the women, they dress in two wrappers tied around their waist, a blouse, a handbag, a hair tie, earrings, and a pair of shoes.

Until the influx of missionaries, the Ukwuanis practiced African Traditional Religion. Although they are now mostly Christians with a small fold of Muslims, a hand full of them are still faithful adherents of the traditional religion.