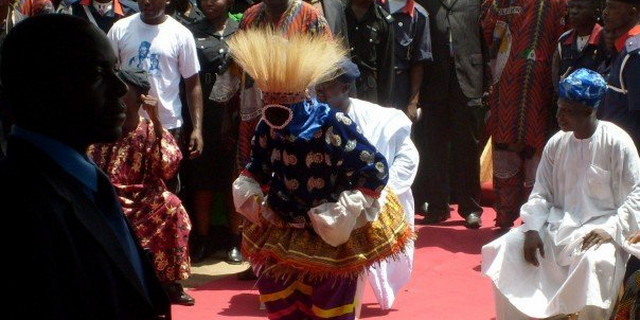 The Olamaboro Local Government Area of Kogi State occupied by the Igala people has certain customs that guard against cheating and adultery. The people of Olamaboro LGA have a distinct culture around women and adultery.

I spoke with Ugbede and Solomon, who are natives of Olamaboro LGA about their culture which prevents cheating.

I was told that in the olden days, their men hardly stayed home because they went out to the southwestern part of the country to farm. Sometimes war took them far away.
Because they were not always at home, they were unsure of the love and faithfulness of their wives who could have sexual relations with other men before they return.

To curb these stories, the newly married couples would perform some rituals and break a Kola nut known as Agarama. These rites usually involve a meeting with the elders.

ALSO READ:  Idoma: A brief walk into the life of one of Africa’s humblest people

The implication of that is the woman is bound to the man. It is a covenant she has made with the gods and the laws of the land.

Where the covenant is done, the elders would explicitly spell out the dos and do not. The woman must not take money from her ex-lover without informing her husband and the elders. A woman must also not give her parents money without letting her husband know.

If a married woman sleeps with another man, she will have a running stomach and die with her neck twitching and turning.

According to their culture, if the man’s wife cheats and tells him mistakenly or even so much as jokes about it and he forgives her, the husband dies. If she tells him, he ought to meet the village elders to perform some rites on him, or else he dies.

I asked Ugbede if he knows anyone who has died from this. He mentioned that some deaths have been linked to this phenomenon. However, his culture only applies to those who performed the rituals at the beginning of their marriage.

Solomon believes that these customs and the consequences of disobediences apply even without the rites performed because they are ancestral and spiritual.

“We live in it irrespective of where we are, it still catches up with people.”

“Several deaths I know have been linked with it, but I am not in the position to believe it is true.”