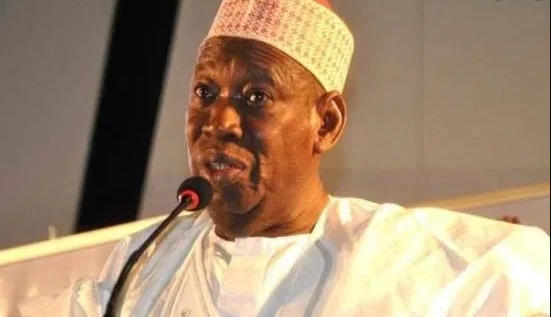 Kano State Governor Abdullahi Ganduje of Kano State says bandits are grouping in forests in the state and have converted them to their hideouts.

He specifically mentioned Falgore forest, saying he came to seek the army’s help before they (bandits) executed their dangerous mission.

The governor said the bandits might be planning to attack the people of the state.

He said: “I’m also here to seek the help of the Nigerian Army to sustain the peace in Kano State. Bandits have converted some forests in the state into hideouts. The bandits are grouping in Falgore Forest and may be planning to attack our people.

Ganduje condoled with the army over the demise of the Late Army Chief, Lt.-Gen. Ibrahim Attahiru and 10 other officers, saying their death was painful, untimely and sorrowful.

Responding, the Chief of Army Staff, Maj.-Gen. Yahaya, said the military and other security agencies would contain insecurity across the country.

Yahaya pledged to visit Falgore and see how troops would work on the army’s facilities in the forest.