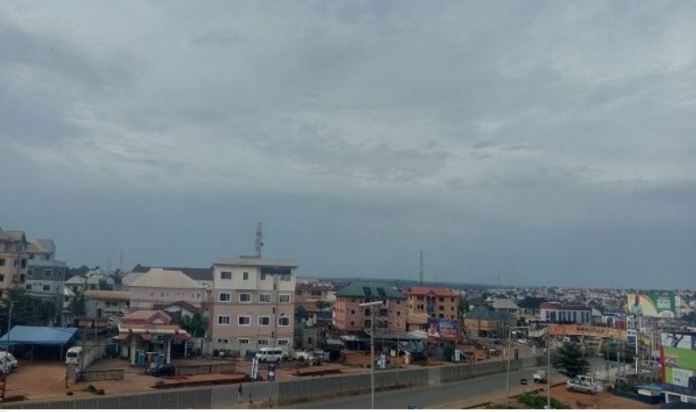 The sit-at-home directive by the proscribed Indigenous People of Biafra (IPOB) turned bloody on Monday in parts of the Southeast.

No fewer than three policemen were found dead in Enugu State.

Commercial activities were grounded in the five Southeast states as well as parts of Delta and Rivers states as residents complied with the directive, some out of fear of being harmed.

The bodies of three policemen were found in different parts of the state.

One of them was killed near the Central Bank of Nigeria (CBN) office on Okpara Avenue. Two were seen at the Mgbeme area of Coal Camp.

An eyewitness said: “I saw a police patrol van parked near CBN along Okpara Avenue. Beside it was a mobile policeman lying in a pull of his blood. I don’t know what exactly happened but the body was still lying there.”

When our correspondent contacted him again at about 8pm, he said: “When I confirm, I will let you people know, please.”

Commercial activities and vehicular movements were paralysed in the Enugu metropolis. Schools, markets, banks and parks were shut.

IPOB engage in shootout with police in Ebonyi

At least, two persons suspected to be IPOB members were killed in Abakaliki by the police in a shootout.

Our correspondent learnt that the duo was part of a group that attacked some residents at Nnodo, Ebebe junction and Ogbaga road.

The group had in the morning attacked some residents for allegedly flouting the sit-at-home directive.

A source in the area said the separatist supporters intercepted and burnt down some motorcycles belonging to some residents for flouting the order.

The Police sent a team of operatives to the area to disperse them and restore order.

Police Commissioner Aliyu Garba said it was the duty of the police to ensure that nobody’s right was trampled upon.

Residents, especially in Abakaliki, complied with the directive as streets were deserted.

Black marketers on major streets of Abakaliki cashed in to make brisk business. They sold petrol for between N200 and N350 per litre, following the closure of fuel outlets in the city.

A petrol station said to belong to Governor David Umahi was also closed.

Israeli minister calls for the demolition of hundreds of Palestinian homes