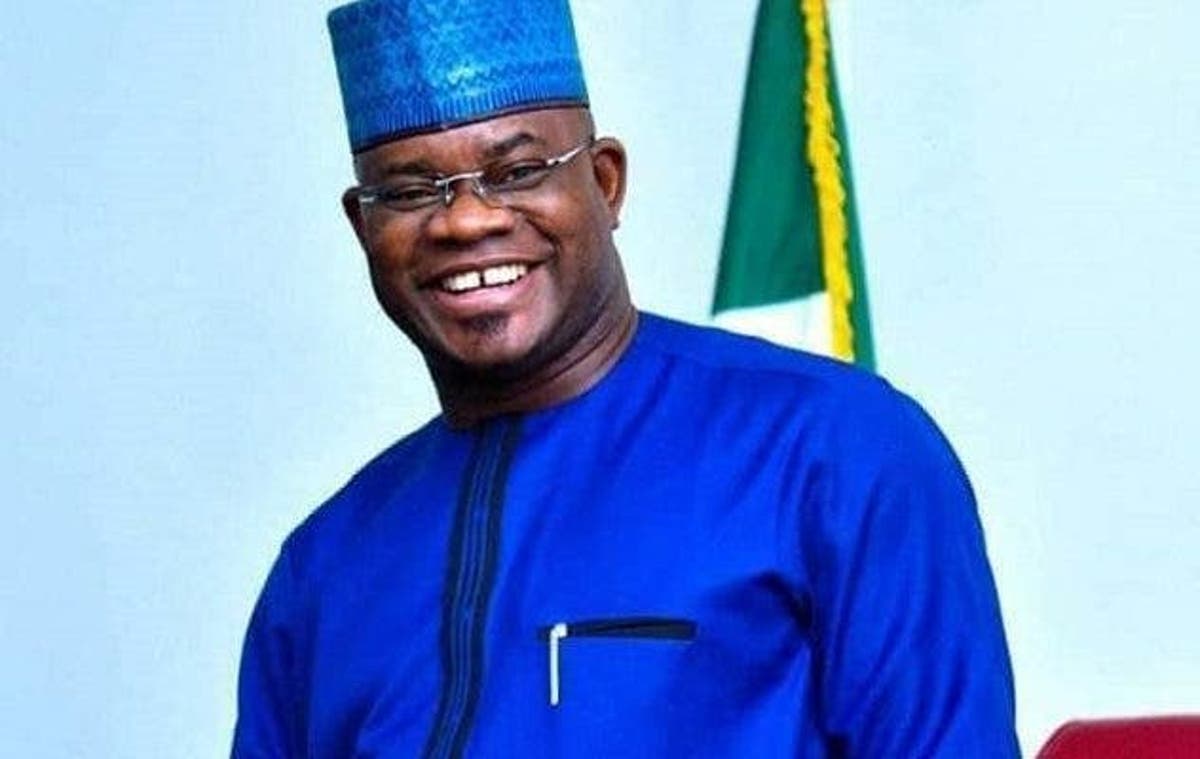 The Association of Nigerians in Diaspora on Sunday bestowed its “Icon on Security” award on Governor Yahaya Bello of Kogi State.
Speaking at the presentation of the award, the President of the association, Comrade Mathew Ochigbo, said that the governor was selected following his sterling performance on security in Kogi state.
He said “we picked Bello because, among all the northern states and the North Central in particular, the governor dedicated his time to the issue of security in Kogi state.
“There is serious security challenge in the country, especially in the northern states, but when we look at Kogi state, the governor has done tremendously well.
“The state has done very well in all issues, particularly on security, so we have to single him out to recognise him internationally.”
He added that Bello’s stand on coronavirus in the state is extremely commendable and “we have asked him to continue to do the good work for the benefit of the state.”
According to Ochigbo, “in April 2020, we were supposed to invite the governor to the United States to present him this award, but for COVID-19, the association could not do that.”
He said instead, “we have delegated a group to present the award to the governor to spur him to continue the good work for the people of Kogi state.”
Ochigbo said that the association is planning a town hall meeting in New Yolk at which the governor will come and address Nigerians living in the United States.
Responding, Gov. Bello appreciated the award, saying his performance on security in Kogi was part of the deal he signed and swore to protect lives and properties in the state.
He said that a responsible government must be committed to protecting its people, adding that no progress can be made in an environment where there is security challenge.
According to him, every success, achievement and development in a state must centre on security, and that his government will not deviate from doing the right thing on security for the people.
“We inherited a state that is divided on religious, tribal, and class lines, thereby causing a lot of insecurity in the state. We inherited a state where division, oppression, deprivation, injustice and imbalance were the order of the day.
“Today, Kogi is largely united, not only secured, we look at ourselves like brothers and sisters, in the whole north, I am the only sitting governor that has built a chapel in government house for christians.
“We are dealing with religious intolerance in the state, coupled with other achievements that are contained in the first, second and third phases of our programme for the people, and the fourth edition will be launched in a few days time.
“We are able to make all these modest achievements because we are fair, we are just, we are critical and we are open. The people must trust our government and key into our programmes and policies,” Bello said.
He said that there is no hiding place for criminal elements in the state, adding that, if caught, the full weight of the law would be applied to anyone found in that position.
He called on Nigerians in Diaspora to look backwards and come home to develop the country for the benefit of all, and support the governments of President Muhammadu Buhari and other governors.
He said that Nigeria is the only country Nigerians could claim as their fatherland, stressing that everybody must ensure that the country develops to a higher level.
Bello noted that Nigerians are doing well outside the country, especially in business, education and entrepreneurship, calling on them to bring such endowment back to the country.
He said “diasporeans must be interested in what is happening at home, especially on those who govern them either at the national, state or local levels.”
He noted that Nigeria’s problem was just leadership problem, adding that diasporeans must not fold their hands and watch things deteriorate. You must come back home to participate in the governing process.
The governor also noted that people from Kogi State are respectable members of the society, who should not let their people down.
The governor prayed that no indigene of the state should catch COVID-19 because “we are preserved and respected in the society”.
He also called on the Federal Government to develop the health sector for the good of Nigerians, instead of using the resources to purchase sanitizers.