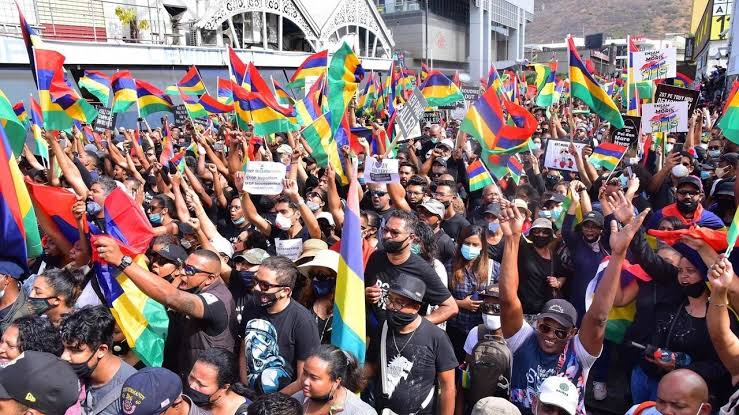 Thousands of Mauritians on Sunday marched for more than three hours in the main arteries of the capital, Port Louis, in solidarity with the Palestinian people.

In addition, the Council of Religions in Mauritius, in a statement issued in Port Louis, estimated that “the escalation of violence between Israel and Palestine cannot and should not in any way leave us indifferent.”

The Council of Religions condemned “unequivocally these acts of violence which result in the death of human beings, many of whom are innocent, especially children. ”

It also recalled that the atrocities of Israel on Palestinains dates back to 1948, “but which unfortunately can take us back even further in time, with considerations and ramifications not so much religious as of a geopolitical and geo-strategic order.”