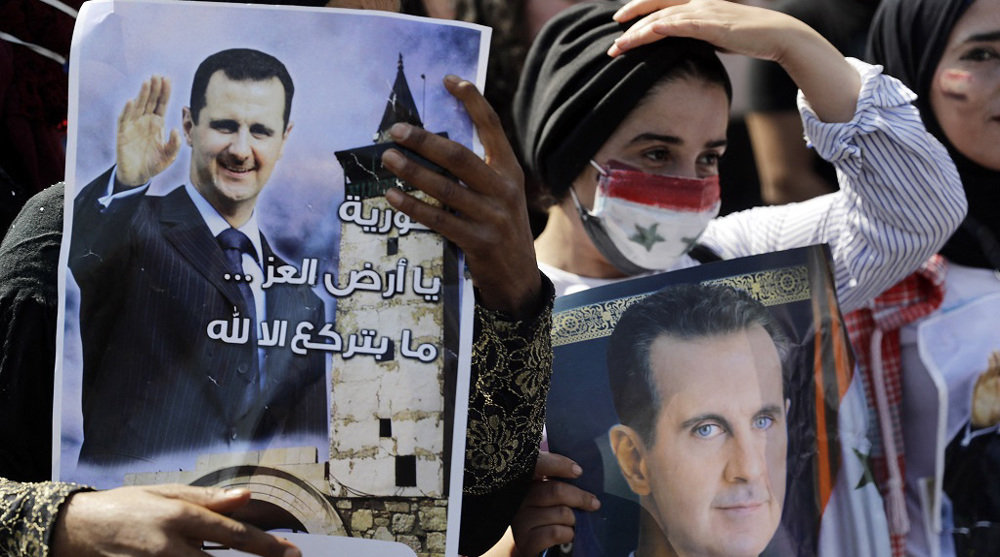 The Syrian Foreign Ministry has extended its appreciation to expatriates and refugees for their “massive participation” in presidential election.

In a statement released on Friday, the ministry said the Syrians abroad honored their duty as they cast their votes at the county’s embassies.

“A handful of countries hostile to Syria have deprived the Syrians from their constitutional right by preventing holding of elections on their lands, [but] the large turnout to polling stations by the Syrians all over the world is an expression of the deep belonging to the homeland, rejection of any form of dependency and external interference in its affair, and adherence to the independent national decision,” it added.

The ministry also reiterated the important role of the expatriates in participating in national events and contributing to Syria reconstruction.

Syria has been gripped by foreign-backed militancy since March 2011, with Western countries and their regional allies aiding Takfiri terrorist groups that are wreaking havoc in the Arab country.

Syrian forces, backed by Iran and Iran, have managed to win back control of almost all regions from militants.

The Damascus government has now been engaged in a liberation operation in Idlib Province, the last major bastion of terrorists in Syria.

Syrians abroad voted on Thursday before the May 26 poll inside Syria.

Syria’s Supreme Constitutional Court has accepted three applications out of 51 for candidacy for the election, including incumbent President Bashar al-Assad.

Assad, who secured 88.7 percent of the vote in Syria’s last presidential election in 2014, is widely expected to win a fourth seven-year term.

Outside the Syrian embassy in Lebanon, voters chanted, “God, Syria and Bashar” and “We’d sacrifice ourselves for you, soul and blood, Bashar.”

Abdul Rahman, a 21-year-old from Aleppo Province, said he was voting for President Assad.

Mohammad al-Doummani, another Syrian voter from the Damascus countryside, said, “I voted for Bashar al-Assad; I have full faith in him and his ability to drag Syria out of crisis.”