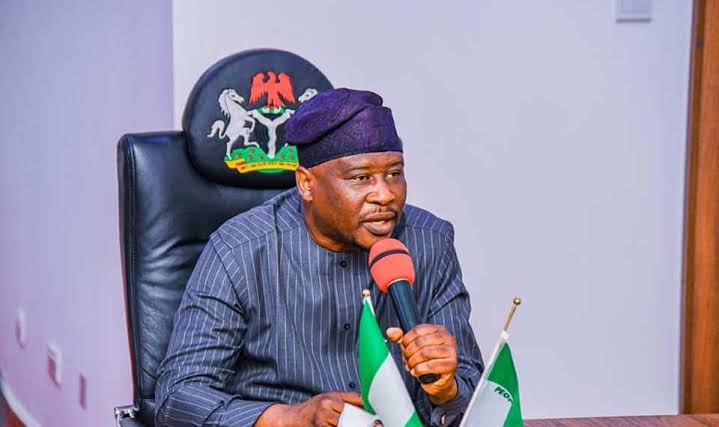 Adamawa Government has earmarked a total sum of N66 million naira to support vulnerable rural  Women in Madagali Local Government Area of the state.
The News Agency of Nigeria reports that Madagali local government is among the seven local government areas that Boko Haram insurgency has ravaged In Adamawa.
Gov. Ahmadu Fintiri inaugurated the support programme in Michika on Friday, saying that it had the support of the United Nations  Development Programme (UNDP) through the Regional Stabilisation Strategy.
He said that the aim of the programme was to eradicate poverty and improve the livelihoods of rural women in Boko Haram ravaged areas.
According to the governor, each woman will receive free cash grant of N50,000 to start a petty business.
“Part of our recovery plan is the launch of our Regional Stabilisation Strategy which targets society’s most vulnerable groups, especially women and children.
“And today, we are beginning the Poverty Alleviation Programme to support about 1,320 vulnerable rural women in Madagali Local Government,” Fintiri said.
He appreciated the effort of all partners in the programme especially, the federal government and UNDP.
He reaffirmed the effort of his administration for the expansion and sustainability of the support programme to cover more local government areas of the state.
Responding on behalf of the beneficiaries, Mrs Esther John, thanked the state government and other partners for bringing succour to their lives.
John said that the cash support would go a long way in improving their living conditions.
“This gesture has come at a right time of the beginning of rainy season.
“We are going to use this money to  expand our farming production to ensure food security,” John said.
Malam Abdullahi Yakubu, Coordinator of the programme in the state, urged the beneficiaries to judiciously use the money to encourage more government support for rural women like they.