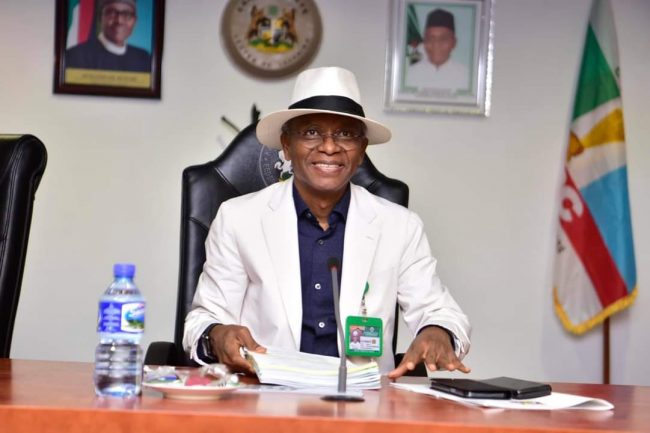 Kaduna State Governor Nasir El-Rufai has accused his colleagues of abandoning his government in its standoff with the Nigeria Labour Congress, even as he alleged that “a state governor actually gave the NLC money to come to Kaduna to do this because people think everything is politics.”

Dateline Nigeria reports that labour leaders grounded activities in Kaduna over what they termed the anti-workers policies of El-Rufai after the recent sacking of thousands of civil servants. The warning strike was suspended Wednesday night.

“I am being very blunt. I could pretend and be political and just smile and say it was alright but it is not. But I am used to fighting my own battles. We will fight this. We are breaking them and they will leave town ashamed. I will not give them one inch because this is not about unionism.

“Why didn’t they go there? Kaduna was targeted for political reasons; and they are being financed by certain political interests. But we will fight them, we will defeat them but as the Governor of Bayelsa said, and since he has brought that subject, I have a responsibility to put it through, unless we collectively address this monster, it will consume all of us.

“I would like to inform the forum that one of our colleagues, a state governor actually gave the NLC money to come to Kaduna to do this because people think everything is politics. This is not politics. This is a monster that will consume all of us. It will not consume Kaduna I’m confident of that.”

When reminded that the NGF, had issued a statement by its Chairman, Dr Kayode Fayemi, on Monday, El-Rufai said “That press release, with the greatest respect, was unhelpful. It was unhelpful. It said nothing. It was trying to play both sides.”