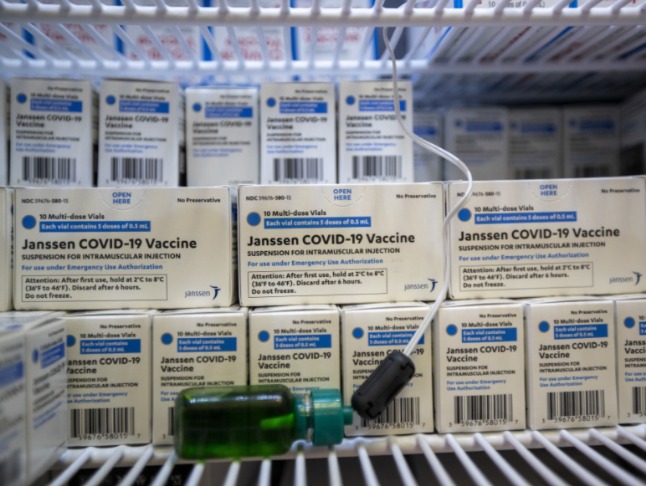 More than 1.5m Covid-19 vaccines – one in every four distributed – are sitting unused in clinics across the country, prompting calls for a “major campaign” to tackle vaccine hesitancy and revive the country’s immunisation program.

As the prime minister, Scott Morrison, dismissed concerns about a new survey that found about 30% of people were unlikely to get a vaccine, the peak medical association called for an urgent national campaign aimed at boosting the take-up rate.

But Morrison, who is facing mounting pressure to set a timetable for reopening the country’s borders pegged to a successful vaccination program, said he was “not overly troubled” by a new report in the Nine papers about growing vaccine hesitancy.

“We’ve obviously got to work on it, but that also says around 70% of people want to have it,” Morrison told 2GB.

“So let’s just get on with them: there’s plenty of time to have the chat with the others who are a bit hesitant, that’s alright, it’s a free country.”

According to government data, about 600,000 doses of Covid-19 are sitting unused across state-run clinics, with the Northern Territory and Queensland using the least amount of available doses at 58% and 64% respectively.

Tasmania has the highest dose utilisation rate at 90%, while Victoria, New South Wales, Western Australia and South Australia are all sitting at around 80%.

For the commonwealth primary care network, the dose utilisation rate is at 75%, with almost 1m doses – predominantly the AstraZeneca jabs – going unused.

In the past 24 hours 95,53o vaccinations have been administered – a record day – bringing the total to 3.28m doses. 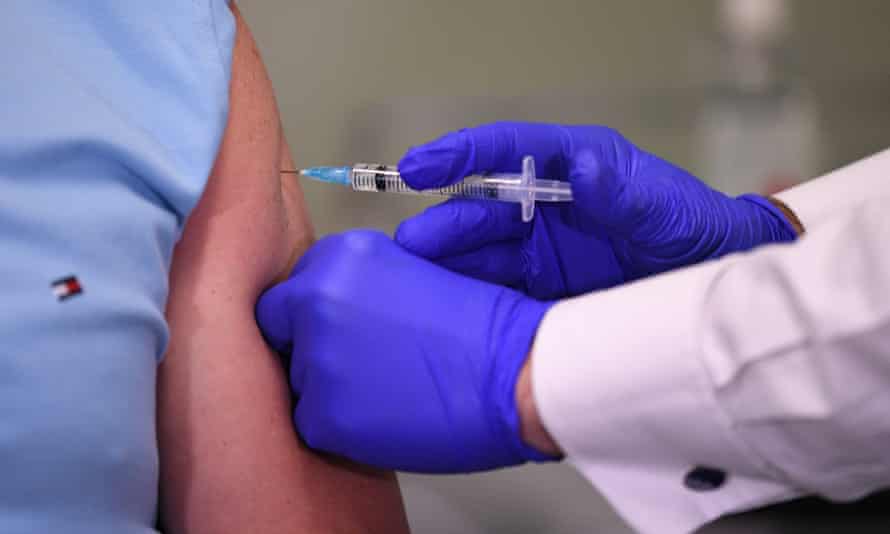 On Wednesday, Guardian Australia reported the frustrations of one nurse in Victoria who administered just one vaccine in the course of an eight-hour shift at one of Victoria’s mass vaccination hubs.

The health minister, Greg Hunt, insisted the program was “ramping up”, with all of the states and territories drawing upon available supply, with an average usage rate of 75%.

“What does utilisation represent? It means simply the difference between what’s been supplied and what’s been used in any one week,” Hunt said.

“But that supply is often deliberately running ahead of the expected demand so as they have that, they have the flexibility to increase and to continue to ramp up.”

Chris Moy, the Australian Medical Association vice-president, said he believed that vaccine hesitancy was holding back the utilisation rate, along with recent changes made to the program that was requiring some recalibration among GP clinics.

He said there was some “lumpiness” in the program, which meant some areas were not getting the vaccinations needed, but across the board more needed to be done to revive a sense of “community spirit” over the program.

“There is definitely some vaccine hesitancy out there, and some people are cancelling their bookings,” Moy said.

“We are the victims of our own success, because we have no Covid and so people are not perceiving any risk,” he said.

He said there was also a “negative vibe” about the rollout and there needed to be a concerted effort made through a “major, clever” campaign to convince people to get vaccinated.

“We need to articulate the story of why you should be getting the vaccine. People need to understand that there is a tsunami of Covid out there and we are essentially sitting ducks, and the other big one is we are not going to open up until we get a significant amount of people vaccinated,” he said.

“And we need to get the community spirit back up, this is a community endeavour. I think people have been able to retreat to just looking after themselves, and I am really in despair at the moment about that.”

The Royal Australian College of General Practitioners urged the government to subsidise “vaccine counselling” to try to improve the take-up rate.

“GPs are dealing with increasing hesitancy regarding Covid-19 vaccines, which is why the RACGP is calling strongly on government to subsidise vaccine counselling for patients,” the RACGP president, Karen Price, said.

“It’s critical that GPs are able to take the time necessary to counsel patients who are unsure or have concerns. To protect the community we need as many people to get vaccinated as possible.”

She said increasing supply would also help by creating “vaccine ambassadors” who would then encourage and influence friends and family.

… we have a small favour to ask. Millions are turning to the Guardian for open, independent, quality news every day, and readers in 180 countries around the world now support us financially.

We believe everyone deserves access to information that’s grounded in science and truth, and analysis rooted in authority and integrity.

That’s why we made a different choice: to keep our reporting open for all readers, regardless of where they live or what they can afford to pay. This means more people can be better informed, united, and inspired to take meaningful action.

In these perilous times, a truth-seeking global news organisation like the Guardian is essential. We have no shareholders or billionaire owner, meaning our journalism is free from commercial and political influence – this makes us different. When it’s never been more important, our independence allows us to fearlessly investigate, challenge and expose those in power.