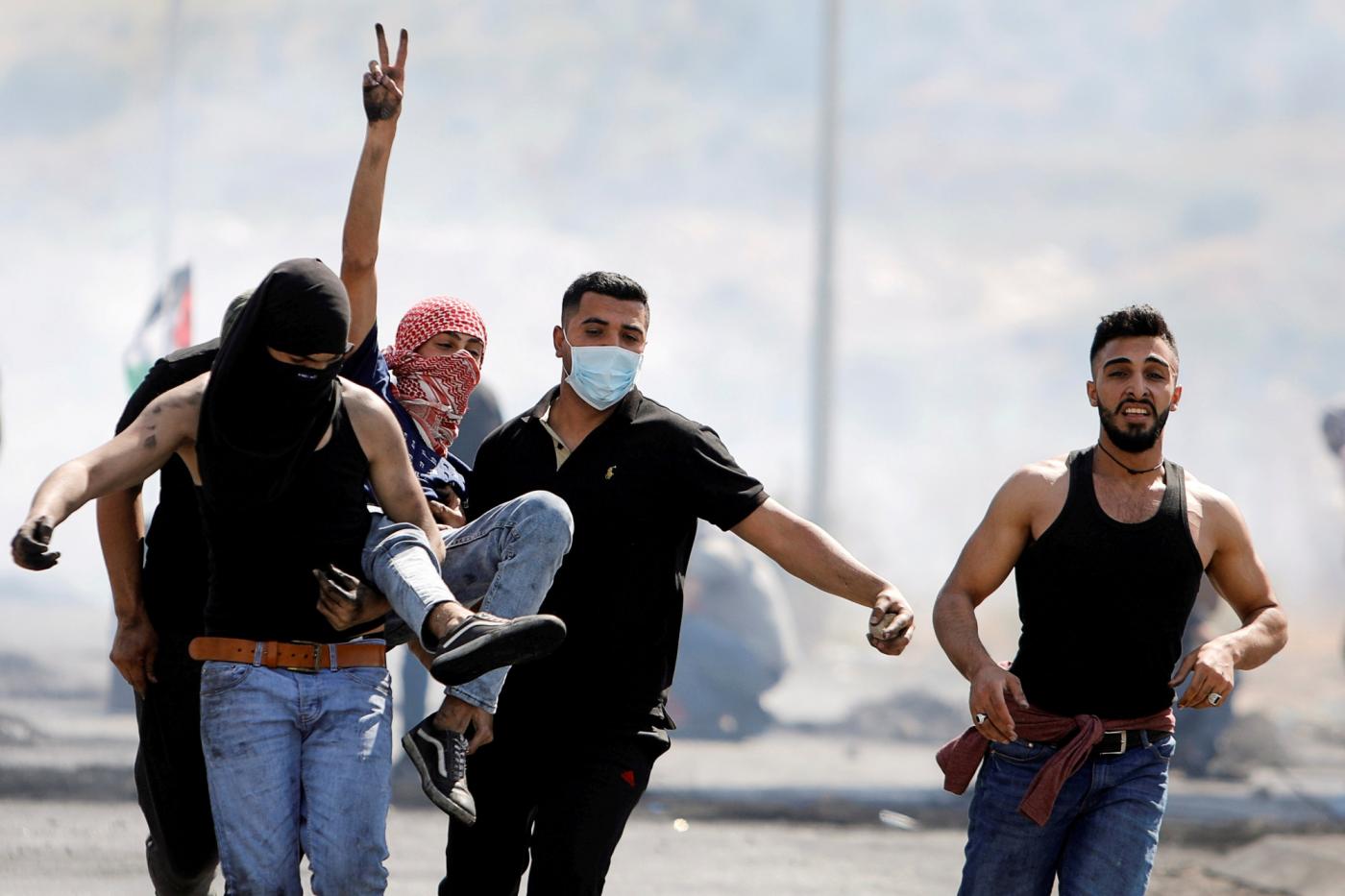 In the occupied West Bank city of Ariha (Jericho), Israeli forces opened fire on Palestinians taking part in a protest to condemn Israeli military aggression against Gaza on Friday, martyring a young man at the southern entrance to the city.

Israeli regime launched air raids on the besieged Gaza Strip late on Monday. According to Gaza’s Health Ministry, the death toll from the airstrikes has risen to 122 people, including 31 children.

Two Palestinians were also shot martyred in clashes with Israeli forces that erupted in the villages of Eskaka and Marda. They were identified as Awad Harb and Sherif Suleiman.

The clashes erupted as Palestinians took to the streets in support of their fellow countrymen in Gaza and al-Quds and to protest against the imminent eviction of families from Sheikh Jarrah neighborhood in al-Quds.

“Israeli authorities must immediately halt forced evictions in the neighborhood of Sheikh Jarrah and end the ongoing forced displacement of Palestinians from East Jerusalem [al-Quds],” it said in a tweet on Friday.

Another Palestinian was fatally shot by Israeli forces in the village of Salem, east of Nablus. He was identified as Malek Hemdan, 22.

To the south of Nablus, another young man, Hossam Assaira, 20, was martyred during skirmishes with Israeli troops in the village of Asira al-Qibliya.

Israeli regime soldiers also shot and martyred one of the Palestinians attending an overnight anti-occupation protest near the city of Nablus. The identity of the Palestinian protester was not immediately known.

A Palestinian man identified only as Yousef and in his 20s was also shot by Israeli forces during clashes in Ya’bad, south of Jenin. He succumbed to his injuries shortly after he arrived at a hospital on Friday afternoon.

Israeli forces also martyred a young Palestinian man as the residents of Urif Village, which lies to the south of Nablus City, confronted an attack by Israeli settlers on Friday.

Medical sources told Wafa news agency that the man succumbed to his injuries after he arrived at a hospital in Nablus with four bullet wounds. Quds news network cited sources as saying that the victim, named Nedal Safadi, had been shot by Israeli settlers.

Another Palestinian was fatally shot in an attack by Israeli settlers in al-Riya Village in the city of al-Khalil (Hebron) on Friday evening.

He was identified as Ismail al-Tubas, 28.

Additionally, Israeli troops opened fire at a vehicle driven by Mohammed Hamad, 30, near the village of Salwad, east of Ramallah, fatally injuring him. The murder of Hamad sparked clashes between Palestinians and Israeli forces who used tear gas.

Several rallies also took place in other areas across the West Bank and were met with force by Israeli troops, who left many Palestinians injured.

A Lebanese man was also martyred by Israeli forces as he was participating in a protest at the Lebanese border in support of Palestinians. He was identified as Mohamed Tahan, aged 21.

Another young Lebanese man was also wounded by the Israelis.