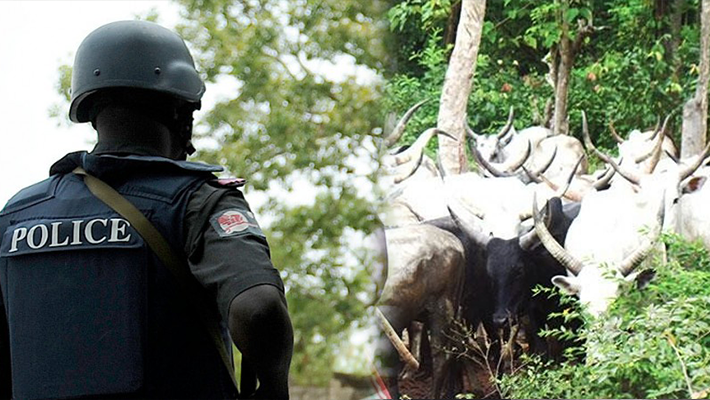 The Katsina State Police Command says it has arrested four suspected cattle rustlers with 208 animals. This is contained in a statement issued by the command’s Public Relations Officer, SP Gambo Isah, on Tuesday in Katsina.

“On May 10, 2021, at about 11:00hrs, based on credible intelligence, the command succeeded in smashing a notorious syndicate of bandits terrorizing Kankara and its environs.

“They were arrested with 170 cows and 38 sheep suspected to be rustled animals,” he said.

Isah said that during investigations, the suspects confessed that the animals belonged to their masters living in the dreaded Rugu forest.

The police spokesman further said that the owners failed to show up and claim ownership of the animals.

He noted that the animals have already been handed over to the State’s Standing Committee for further necessary action while investigations were going on.