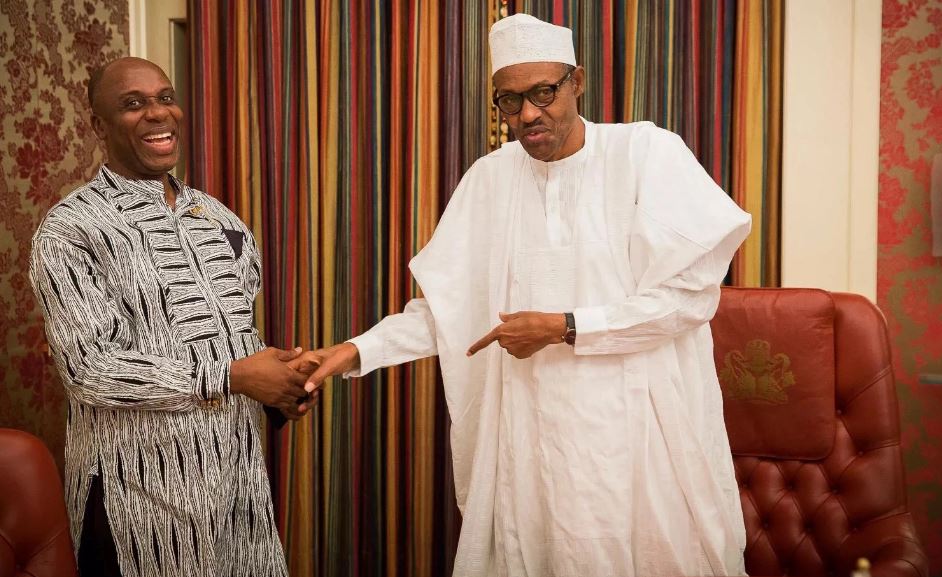 The Peoples Democratic Party (PDP) has implored the Federal Government to terminate the appointments of the Minister of Transportation, Rotimi Amaechi, as well as the suspended Managing Director of the Nigerian Ports Authority (NPA), Hadiza Bala Usman, over allegations of non-remittance of N165 billion by the management of NPA.

According to the opposition party, this was necessary in order to allow fair investigations into the matter.

This was contained in a statement issued by the PDP spokesman, Kola Ologbondiyan on Monday.

Ologbondiyan bemoaned that the Ministries, Departments, and Agencies (MDAs) have become the All Progressives Congress (APC) cash cows in the past six years.

“The foul stench of corruption oozing out of the NPA, NDDC and other agencies of govern­ment in the last six years has shown that our MDAs have become the cash cows and Automated Teller Machines (ATMs) of greedy leaders of the All Progressives Con­gress (APC) and their cronies in government in their unbri­dled looting of our patrimony under President Muhamma­du Buhari’s watch.

“Our party asserts that the fact that it took the minister a clear six years (2016 to 2021) to query the NPA Managing Director over N165 billion unremitted operating sur­plus of the agency, which is under his purview, is suspect and raises public belief that he (Amaechi) only acted ap­parently to shield himself after indicting audit docu­ments had already been ex­posed.

Read also: Amaechi blames past govts for level of insecurity

“The PDP, therefore, re­jected the obvious attempt at a cover-up in the recourse to an administrative panel of enquiry recommended by the transport minister to in­vestigate the NPA fraud, add­ing that the minister also has some questions to answer.

“Our party insists that both the minister and the NPA Managing Director should be handed over to the Economic and Financial Crimes Commission (EFCC) for investigation and possi­ble prosecution,” the party said.