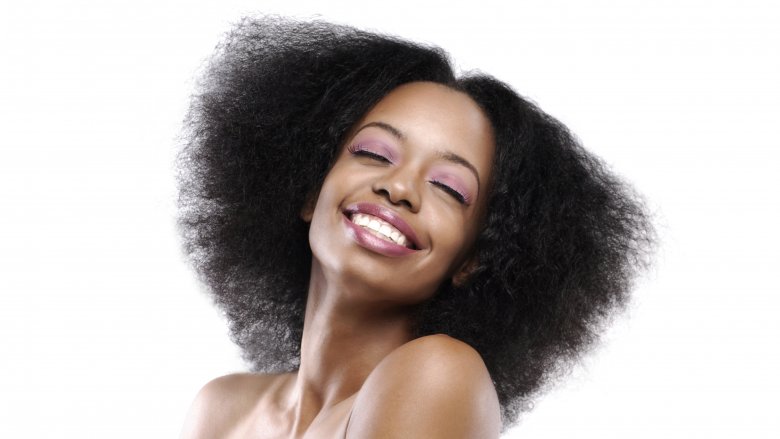 Although a lot of people grew up using them, the chemicals in relaxers are doing more damage than you could possibly imagine.

More and more women of color are waking up to the dangers of relaxers and choosing instead to embrace their natural hair. Many still do not understand the devastating effects that relaxers can have, not only on your hair but on your health too.

Here is the harsh truth about relaxers.

As more women are embracing their natural hair and are, a large percentage still regularly use relaxers.

The harmful chemicals in relaxer seep through our skin and cause untold havoc with our physical health.

Keep reading to find out exactly why we should ditch the relaxers!

ALSO READ:  The health benefits of papaya seeds are unbelievable

Contrary to popular belief, relaxers were invented by Garrett Morgan, not Madam CJ Walker. He was the son of a former slave. In 1910 he was originally trying to create new lubrication for the sewing machine needle. The lubrication accidentally touched the hair on his arm and he noticed that the hair began to lay straight.

By total accident, Morgan developed a hair topical for black people to chemically force their naturally curly hair straight. He called this invention the “Relaxer.”

What are they made of?

Relaxers are made of chemicals that counteract the natural chemical makeup of curly hair. Sodium hydroxide or “lye” is the most hazardous ingredient. The soap company, Certified Lye, cautions users that “substances with large amounts of lye can cause chemical burns, permanent injury or scarring, and blindness. Lye (sodium hydroxide) may be harmful or fatal if swallowed”.

Though there are some relaxers, such as Dark and Lovely, African Pride, and Optimum Care, who exclude lye from the ingredient regimen, there are other chemicals used that are still hazardous.

Another ingredient is guanidine carbonate. Chemicalbook.com says that when handling guanidine carbonate “only use in a chemical fume hood.” Also, relaxer ingredients, succinic acid should be kept out of contact with skin clothes, and eyes. Bio-amber, a company that manufactures renewable chemicals, states on their website that “it (succinic acid) may be harmful if absorbed through the skin.”

This warning is startling because a relaxer directly comes in contact with the users’ scalp.

What are the dangers?

Scientific research has shown there is cause for concern with the use of the ingredients found in Black hair care products. These products enter our body via the scalp and can lead to many complications.

Studies show relaxers cause life-threatening ailments such as reproductive problems, heart disease, different forms of cancer, early puberty, fibroids, and mental health disorders. Relaxers have been found to disrupt the chemical balance of our bodies by entering our system via cuts and burns.

For more information on just much relaxers are harming you and how they pose an immediate danger to your physical health, take a look at the video below!