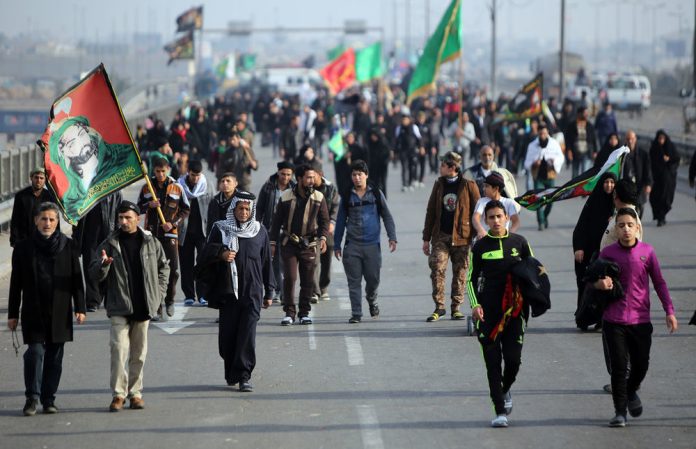 Every year Arabian Walk is organized on the second month of the Islamic calendar i.e. 20 Safar. here are 5 important facts about the Arbaeen Walk

Arbaeen Walk is also known as the Million March. In this ceremony, large numbers of people, Muslim or non-Muslim, from all over the world gather to take part in a symbolic walking tour in Iraq.

The people of Iraq have been preparing eagerly for months to welcome the pilgrims to Imam Hussein.

They consider it a great honor to serve those who attend this great event.

Fantastic and fabulous examples of humanity can be seen in this huge human gathering.
Man can be surprised when he sees how in this gathering of more than twenty million all the wonders are deposited in one place. What is the thing that inspires the people to walk a long distance of about 90 km and face many difficulties to meet Imam Hussein.

Here are some important and interesting facts about Arbaeen Walk.

1. What is Arbaeen and when does it happen?

Arbaeen is the number 40 in Arabic and it occurs on the 40th day of the death of Imam Hussein in the second month of the Islamic calendar i.e. 20 Safar. Imam Hussein was killed in the cruelest and most inhuman way along with his companions and family members on the 10th Muharram, also known as the day of Ashura.

In addition, some historians believe that the head of Imam Hussein, who was taken to Damascus by Yazid’s army, was returned to Karbala and buried with his body on this day.

3. Why the life of Imam Hussain?

In fact, Muslims try to remind themselves of these two things by visiting the tomb of Imam Hussein and his life.

1. They should never succumb to persecution, because Imam Hussein did not surrender to the tyrants of his time.

2. Like Imam Hussain, he should always be eager to improve himself and improve his society.

4. How long does the walk from Najaf to Karbala take?

The walk from Najaf to Karbala, called the Arabian Walk takes about three days and is approximately 90 km. During walk, all personal needs are provided, and you won’t have to worry about accommodation and food. All these things are being provided for free.

5. Who can participate in the Arbaeen Walk?

All people of any nationality, religion, and age can take part in this walk. There is no discrimination on the basis of religion, community, caste, nationality, color or race etc. Everyone is given special respect.