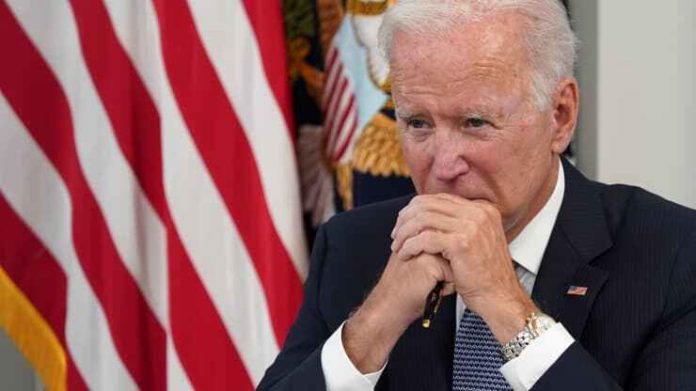 US President Joe Biden on Monday said he was not worried about Taiwan but was concerned about China‘s actions in the region since House of Representatives Speaker Nancy Pelosi’s visit to Taipei.

“I’m concerned they are moving as much as they are,” Biden said as he left for a visit to flood-ravaged Kentucky. “But I don’t think they’re going to do anything more than they are.”

China announced fresh military drills in the seas and airspace around Taiwan on Monday, a day after the scheduled end of its largest-ever exercises to protest last week’s visit to the island by Pelosi.

China considers Taiwan part of its territory and has never renounced using force to bring it under its control.

According to a report, President Joe Biden said Monday that he is “not worried” about China’s military exercises around Taiwan, adding that while he is “concerned that they’re moving as much as they are,” he does not think they’re going to continue to increase the pressure.

The remarks came one day after Beijing concluded 72 hours of intense maneuvers and missile tests over and around Taiwan. The exercises involved dozens of Chinese fighter jets and warships to mimic a military blockade of the self-governing island that Beijing considers a province.

It also reflects a broader opinion within the Biden administration that Beijing does not intend to make good on its implicit threat to invade Taiwan, at least not in the near term.

Given this assessment, the United States has adopted an approach, for now, of heightened vigilance, but steadfast refusal to be drawn into a military game of chicken in the Pacific.

At the same time, a Biden spokesman said the United States would postpone a previously scheduled intercontinental ballistic missile, or ICBM, test.

The decisions signaled Washington’s desire to maintain American military alertness in the region, while also denying Beijing the opportunity to point to the long-planned U.S. missile test as evidence that America was responding to China’s own missile launches near Taiwan with military preparations of its own.

The visit by the California Democrat, which the Biden White House publicly defended but privately opposed, marked the first time in 25 years that an American House speaker, a position second-in-line to the presidency, had visited Taiwan.

Asked on Monday whether it was wise for Pelosi to have traveled to Taiwan given the tense U.S.-China relationship, Biden gave the standard response his administration has used for weeks.

“That was her decision,” he said, before boarding Air Force One en route to Kentucky, where Biden and First Lady Jill Biden will visit communities impacted by catastrophic flooding last week.