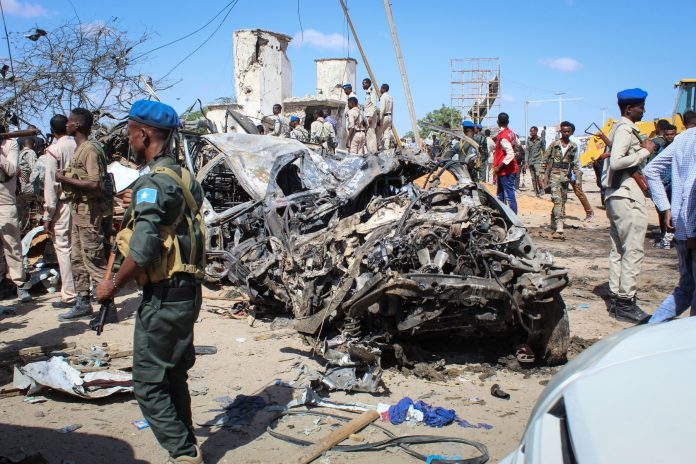 At least two people were killed and eight others injured in southwestern Somalia on Friday in a bomb blast that killed a regional minister in the town of Baidoa, about 250 kilometers from the capital, Mogadishu.

Those killed in the blast were Somalia’s southwestern regional state Minister of Justice Sheikh Hassan Ibrahim and his son, witnesses and security officials said.

At least eight other people, including the minister’s second son, were injured in the attack.

Security officials said an apparent remote-controlled bomb went off as the minister and his sons left a mosque, where they had performed the Friday congregational prayers.

“The targeted minister has died in the hospital in about an hour after he was admitted with critical wounds. Now, one of his sons, who is among the injured is in a critical condition,” Abdifatah Ibrahim Hashi, the hospital’s director, told VOA Somali.

No one has immediately claimed the responsibility of the attack, but the security officials usually accuse al-Shabab militants of being behind such terrorist attacks.

Lower Shabelle, in the Southwest federal state of Somalia, is one of two breadbasket regions of Somalia and is in the country’s south, where the nation’s only two permanent rivers, Jubba and Shabelle, cut through.

Although the major towns in the region are under the control of Somali government, its rural environs are controlled by al-Shabab as hideouts and for agricultural revenues.

Within the areas it controls, al-Shabab has established its own brand of sharia courts that it uses to punish crime and resolve domestic civil disputes swiftly.