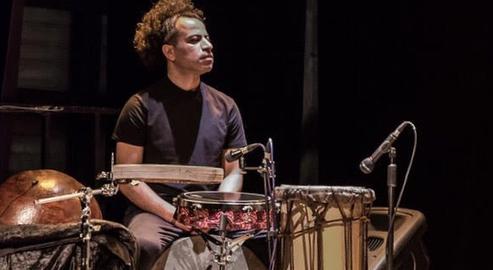 Security agents halted a music concert in Tehran while the musicians were on stage playing as government claims it is contrary to Islamic values.

According to video published on social media early on July 29, the members of the band Kamakan were performing when a security guard suddenly comes on stage and tells the band’s singer: “Stop. We were ordered to stop this.”

Despite protests by the singer, band members, and those present at the venue, a security agent insists that the concert end immediately.

Following a recent uptick in social protests, several concerts have been canceled, including that of pop singer Sirvan Khosravi in the city of Ahvaz.

In response to this crackdown, the director-general of guidance for Khuzestan Province has announced a ban on all music concerts in Ahvaz until further notice.

Dozens of concerts and cultural performances have been abruptly called off in Iran following pressure and intimidation by scholars who claim such events undermine Islamic values.

Meanwhile, authorities have also increased the enforcement of rules that make it mandatory for women to wear a hijab in public.

Female singers are not allowed to perform in Iran, and holding music concerts in the country after the 1979 Islamic Revolution.

It was also reported that,

Abolfazl Hakimpour, the acting governor of Firouzeh, told the state-run Islamic Republic News Agency (IRNA) on February 20 that Hoorosh’s concert was canceled even though “all necessary permits had been obtained and there was no problem for the performance.”

With a population of 43,000, Firouzeh is located 91 miles west of Mashhad, the capital of Iran’s Khorasan Razavi Province, where powerful religious conservatives have repeatedly blocked officially licensed musical events by claiming they violate Islamic principles.

“Islam forbids the kind of vain and pointless music that spreads vulgarity,” said Ayatollah Ahmad Alamolhoda, the ultra-conservative Friday Prayer leader of Mashhad, in a meeting with directors of self-billed “authentic” Persian music institutes on January 31, 2019.

“The problem is the way the music is performed,” said Alamolhoda, adding that he does not oppose music “that is not vain.”

“But we must keep in mind that bullies throughout history have used music to spread vulgarity,” he said.

Reformist lawmakers have criticized Alamolhoda for working to block musical events that have received approval by the Ministry of Culture and Islamic Guidance.

“In a meeting we had in Mashhad last month, it was agreed that we should set procedures for concerts staged everywhere in the country… and once permits are granted, no one can stop them,” said Fatemeh Zolghadr, a member of the parliamentary Committee on Cultural Affairs, in August 2018.

But to date no such procedures have been put in place and Mashhad remains a concert-free zone.

Between January 13-14, 2019, popular pop singer Ali Zand Vakili was scheduled (with a permit from the Guidance Ministry) to hold four performances in Mashhad’s Borj Sefid (White Tower) Hotel. But all the events were suddenly cancelled for unknown reasons.

“Given the climate surrounding this concert, it’s obvious why it was canceled but I can’t disclose the reasons,” said event producer Vahid Mahmoudi.

In Semnan, the deputy director of the Ministry of Culture and Islamic Guidance, Sima Rajabi, said media coverage was not allowed during a concert by Rastak at the 34th Fajr Music Festival on February 20 because he interpreted their performances as too cheerful.

“This band performs happy music and if clips from their performance are published on social media, the enemy will take advantage of it,” Rajabi said in an interview with IRNA on the day of the concert.

“Also there are women who play instruments in this band and therefore members of the media are absolutely forbidden from taking photos or filming,” she added.

However, at least one state-controlled media outlet, the Iranian Students News Agency (ISNA), did end up publishing photos of the concert.

Ever since Iran’s 1979 Islamic Revolution, the authorities have not permitted women soloists from performing in front of mixed-gender audiences. The policy has been strongly supported by conservative Shia religious leaders who believe such performances violate Islamic principles.