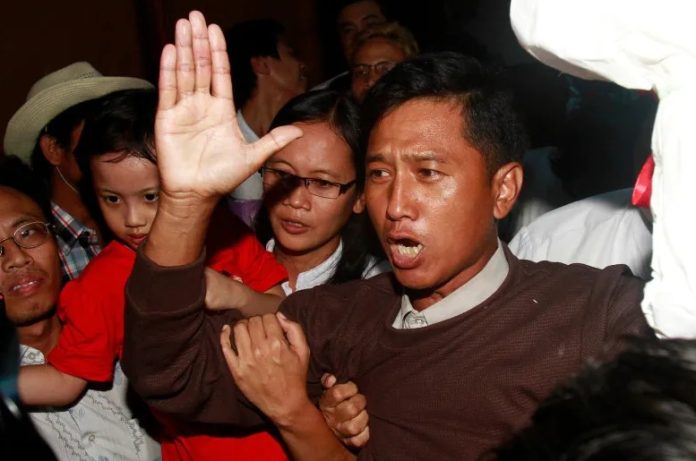 The United States has urged China to condemn the execution of four democracy activists in Myanmar by the country’s military junta.

US State Department spokesperson Ned Price said China would be able to influence Myanmar more than any other country, adding it could not be “business as usual,” with the military-led government.

US Secretary of State Antony Blinken condemned the “reprehensible acts of violence” in a statement, saying they exemplified the regime’s “complete disregard for human rights and the rule of law.”

He added that the killings would not “suppress the spirit of the brave people of Burma,” using the country’s former name.

The comments came after China, a longtime ally of Myanmar’s military, refused to comment on the executions.

Myanmar’s ousted leader Aung Suu Kyi sentenced to four more years in prison
International outrage has followed the execution of the activists, who were political prisoners accused of a targeted killing by the junta, which seized power from elected leader Aung San Suu Kyi in February 2021.

The junta has been accused of thousands of extrajudicial killings since then, but the hangings announced on Monday were the country’s first official executions in decades.

Want a quick and expert briefing on the biggest news stories? Listen to our latest podcasts to find out What You Need To Know

All were tried, convicted and sentenced by a military tribunal with no possibility of appeal.

United Nations Secretary-General Antonio Guterres had already strongly condemned the executions as a “a further deterioration of the already dire human rights environment in Myanmar.”

The children fleeing Myanmar as the army forcibly recruits young soldiers
Myanmar announced in June that it was going to resume executing prisoners and has 113 others who have been sentenced to death.

At the same time, 2,120 civilians have been killed by security forces since the military takeover.

“This was a barbaric act by Myanmar’s military regime,” said New Zealand’s Foreign Minister Nanaia Mahuta of the four executions.

“New Zealand condemns these actions in the strongest possible terms.”

Australia’s Foreign Minister Penny Wong said she was “appalled” by the executions.

“Australia opposes the death penalty in all circumstances for all people,” she said.

Pro-democracy protesters hold a flash mob rally to protest against Myanmar’s military-installed government, at Kyauktada township in Yangon.
Credit: AP
Earlier, Australia and New Zealand had joined the European Union, Japan, the United Kingdom, the United States and others in a joint statement condemning the executions.

The regionally influential Association of Southeast Asian Nations, of which Myanmar is a member, denounced the executions as “highly reprehensible.”

It said the move represented a setback to the group’s efforts to facilitate a dialogue between the military leadership and opponents only a week before a high-level ASEAN summit in Cambodia.

“We strongly and urgently call on all parties concerned to desist from taking actions that would only further aggravate the crisis, hinder peaceful dialogue among all parties concerned, and endanger peace, security and stability, not only in Myanmar, but the whole region,” the group said in a statement.

Rohingya refugees sue Facebook over Myanmar hate speech
The military’s seizure of power from Suu Kyi’s elected government triggered peaceful protests that soon escalated to armed resistance and then to widespread fighting that some UN experts labelled a civil war.

Some resistance groups have engaged in assassinations, drive-by shootings and bombings in urban areas.

News of the executions prompted a flash-demonstration Monday in Myanmar’s largest city, Yangon, where about a dozen protesters took to the streets marching behind a banner saying “we are never afraid,” then quickly slipping away before authorities could confront them.