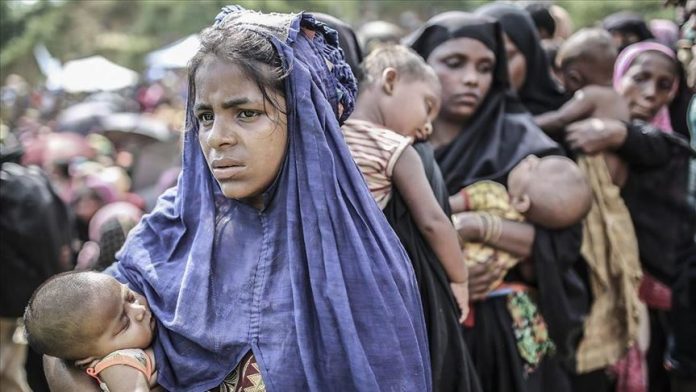 In an exclusive interview to the BBC, Myanmar Army soldiers have admitted to killing, harassing and raping civilians. This is the first time he has admitted to committing human rights violations on a large scale. He says that he was ordered to do so.

“They ordered me to torture, rob and kill innocent people”

Mang Oo says that he thought that his recruitment in the army was done to protect. But he was part of the battalion that killed civilians hiding in a monastery in May 2022.

He says, “We were ordered to make all the men stand together and then shoot them. The saddest thing is that we had to kill women and elderly people too.”

On December 20 last year, the village of Ya Myet in central Myanmar was captured by three army helicopters. The soldiers descending from them were ordered to shoot people.

At least five different people, speaking separately to each other, told the BBC what had happened.

He told that the army entered in three different groups, men, women and children were fired indiscriminately.

Speaking at an undisclosed location in the Myanmar jungle, Corporal Aung said, “We were ordered to shoot anyone we see.”

He tells that some people had hid at a hideout considering it to be safe, but when the soldiers moved towards them, they started running. “We shot those running people.”

“We were also given orders to set every big and nice house in the village on fire.”

Corporal Ang himself set four buildings on fire. People who spoke to the BBC have said that at least 60 houses were burnt. Most of the village had become a pile of ash.

Ya Myet Village, Sageng Area, Myanmar. Most of the people have fled from the village but people were living in a house in the middle of the village.

Thiha who was newly joined army says: He saw a teenager trapped behind iron bars in the house he was going to burn down.

“I can’t forget her scream. I can still hear her in my ears and she’s in my heart.”

When he told his captain about this, he replied, “I told you to kill whoever you see.”

Hearing this, Thiha set the house on fire. Corporal Aang was also present there and when the girl was burnt alive, they also heard her screams.

He recalls, “Her screams were piercing. We listened to her screams for about 15 minutes. The house was burning during that time.”

Thiha says that he had joined the army for money but the kind of persecution he was forced to do and what he saw, he was shaken to the core.

He talked about a group of women who were arrested in Ya Mayt.

The officer, handing over his subordinates to those women, said, ‘Do whatever you want.’ Thiha says that those girls were raped but he himself was not involved in it.

Pa Pa and Khin Hitwe tell that when she was trying to escape, soldiers were found on the way. She or Mayt did not belong to the village, but had come to a tailor there.

These girls kept pleading that she was not from this village or from PDF but the soldiers did not listen to them and they were kept hostage for three nights in a local school. Every night the soldiers repeatedly raped her under the influence of alcohol. “They tied a sarong over my eyes and threw me down. I was raped by taking off my clothes,” she recalls. Pa Pa says, “They were raping me and I was screaming.”

“When they capture a young girl, they rape and taunt her that it’s because you support PDF,” recalls Soldier Thiha.

At least ten people were killed and eight girls were raped for three days in the attack in Ya Mayet village.