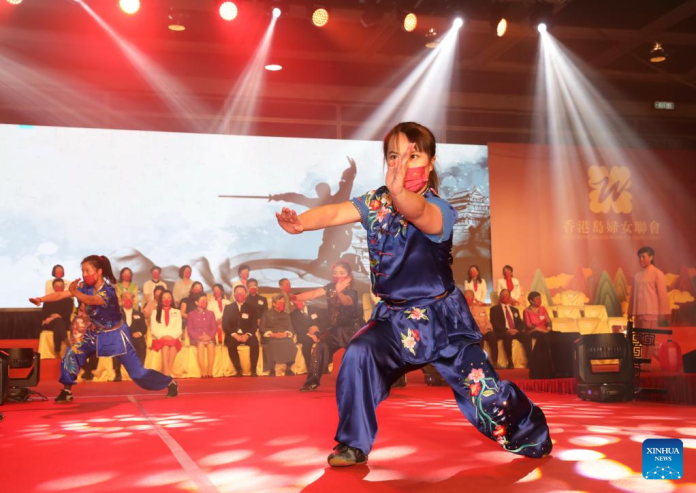 How many top international rankings does the Hong Kong Special Administrative Region (HKSAR) have?

The number may be much higher than you imagine.

The Hong Kong HKSAR, which will celebrate its 25th founding anniversary on July 1, has an array of advantages that make it unique. A non-exhaustive list of its best titles includes:

It is the world’s freest economy. Since 1997, Hong Kong has kept winning the title awarded by the Fraser Institute in Canada;

It is No. 1 financial center in Asia. Hong Kong, New York and London are collectively known as “Nylonkong,” an acronym of the top three financial centers in the world. In the latest edition of the Global Financial Centers Index published by British think tank Z/Yen Group and China Development Institute in Shenzhen, Hong Kong maintained its third place in overall ranking in the world;

It also has No. 1 talent competitiveness in Asia. The IMD World Talent Ranking 2021 report lifts Hong Kong to the first place in Asia, from the fourth the previous year.

What has made them possible for Hong Kong despite such challenges as the 1997 Asian financial crisis, the 2003 SARS epidemic, the 2008 global financial crisis and currently the lingering COVID-19 pandemic?

The practice of “one country, two systems” in Hong Kong is the key factor.

Under “one country, two systems”, which is a universally recognized success, Hong Kong is able to maintain its capitalist system while enjoying unique advantages in doing business.

The Basic Law of the HKSAR protects private property and foreign investment, provides that Hong Kong shall not be subject to foreign exchange control, maintains Hong Kong’s status as a free port, and guarantees the free movement of goods, property and capital in Hong Kong.

Hong Kong’s return to the motherland also has brought new opportunities. The areas of economic and trade cooperation between Hong Kong and the mainland have expanded, the level of their cooperation has been raised and the convergence of their interests has broadened.

It is also an important service platform for Chinese firms to go global, and a key offshore capital raising center. As of April 2022, 1,370 mainland enterprises are listed in Hong Kong, accounting for 53.3 percent of the total number of companies listed on the Hong Kong Stock Exchange and 77.7 percent of the total market capitalization.

For the HKSAR, “one country, two systems” is its greatest advantage. New opportunities include those brought by implementation of the Belt and Road Initiative, and construction of the Guangdong-Hong Kong-Macao Greater Bay Area.

According to China’s 14th Five-Year Plan (2021-2025), Hong Kong will continue to be supported to consolidate its inherent strengths and foster new ones.

With stronger integration into the country’s overall development, it is foreseeable that Hong Kong’s top-notch titles will continue to grow in the future.