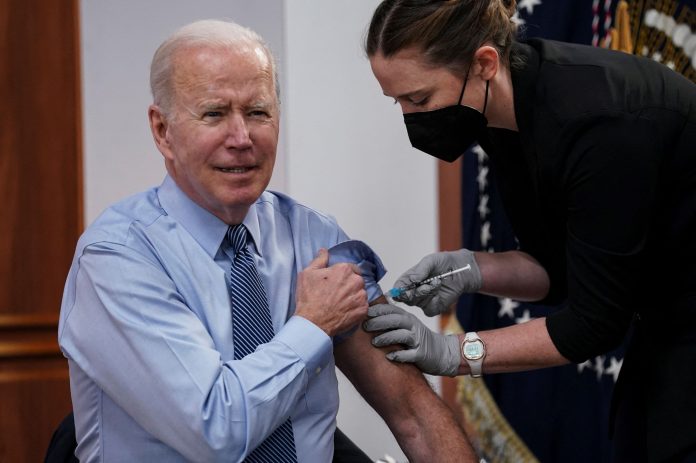 President Joe Biden has tested positive for Covid-19 and is experiencing “very mild symptoms,” underscoring the persistence of the highly contagious virus as new variants challenge the nation’s efforts to resume normalcy after two and a half years of pandemic disruptions.

The US President Joe Biden, who has had two boosters, has begun taking Paxlovid, an antiviral drug designed to reduce the severity of the virus, his press chief says.

She said Biden has “very mild symptoms” and “will isolate at the White House while continuing to carry out all of his duties fully.”

Biden, 79, is fully vaccinated, after getting two doses of the Pfizer coronavirus vaccine shortly before taking office, a first booster shot in September and an additional dose March 30.

Jean-Pierre said Biden had last tested negative on Tuesday, and he will stay isolated until he tests negative again.

Biden had planned to visit Pennsylvania on Thursday to talk about his crime prevention plans and attend a Democratic fundraiser, and then spend a long weekend in Delaware. Those events are canceled.

First lady Jill Biden spoke to reporters as she arrived at a school in Detroit on Thursday, telling them she had just gotten off the phone with her husband.

The first lady, who was wearing a mask, said she tested negative earlier in the day.

Up to this point, Biden’s ability to avoid the virus seemed to defy the odds, even with the testing procedures in place for those expected to be in close contact with him.

Prior waves of the virus swept through Washington’s political class, infecting Vice President Kamala Harris, Cabinet members, White House staffers and lawmakers. Biden has increasingly stepped up his travel schedule and resumed holding large indoor events where not everyone is tested.

Top White House officials in recent months have been matter-of-fact about the likelihood of the president getting Covid, a measure of how engrained the virus has become in society — and of its diminished threat for those who are up to date on their vaccinations and with access to treatments.

In an April 30 speech to more than 2,600 attendees at the White House Correspondents’ Association dinner, Biden acknowledged the risks of attending large events, but said it was worthwhile to attend.

“I know there are questions about whether we should gather here tonight because of COVID,” he said. “Well, we’re here to show the country that we’re getting through this pandemic.”

Biden is far from the first world leader — and not the first US president — to get the coronavirus, which has infected British Prime Minister Boris Johnson, French President Emmanuel Macron and more than a dozen other leaders and high-ranking officials globally.