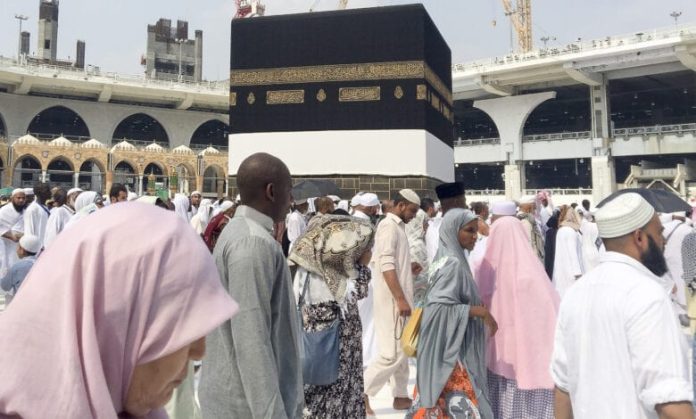 For many years, the Hajj ceremony has become a cover for Saudi princes and officials, during which drug trafficking in Saudi Arabia increases.

With the commencement of Hajj, Saudi Arabian media has been publishing reports of the seizure of drugs from pilgrims coming from different countries. The Saudi government is constantly asking pilgrim sending countries and pilgrims to avoid bringing narcotics and drugs into the country by hiding them in their luggage. The punishment given by the Saudi government for drug possession is constantly being publicized.

The question is, do the pilgrims really smuggle drugs? Doesn’t Saudi Arabia face the problem of drug and drug smuggling in the other months of the year?

it is enough to mention a report by the United Nations Office on Drugs and Crime in this regard, which emphasizes that: Saudi Arabia made up more than half of the captagon pills confiscated in the Middle East between 2015 and 2019. were confiscated. The use of these pills in Saudi Arabia was for Saudi teenagers and youth aged between 12 and 22 years.

Reasons for the increase in drug trafficking during Hajj

Here we do not wish to question the reports of an increase in drug trafficking during the Hajj season by the Saudi government media. It is quite possible that these reports are true, but the pilgrims who have been presented as accused of smuggling in these reports are wrong.

The English newspaper “Daily Telegraph” reported the arrest of one of the Saudi Interior Ministry security officials, revealing some facts about the involvement of Saudi authorities in the management and operation of drug trafficking using Hajj as a cover. the report says that the authorities of this country are smuggling drugs under the guise of Hajj.

According to the Daily Telegraph report, Turki bin Hamza al-Rashidi, an official in the anti-drug department of the Saudi Interior Ministry, revealed that a group of powerful and influential figures close to the Al Saud family are involved in drug trafficking, and by using various ways they earn billions of dollars.

In a series of video messages on YouTube, an official from the Saudi Interior Ministry’s Anti-Drug Department, under the headline “Similar Buses”, revealed the method of drug trafficking.

He explains: In this method (similar buses) thousands of buses carrying pilgrims from the airport to Mecca, Medina, and Jeddah are pre-loaded with drugs at the airport’s customs office and then these buses take the pilgrims as well as drugs to Mecca and Medina.

Al-Rashidi emphasizes that this method has been used for years. For years hundreds of buses that take pilgrims to Mecca, Medina, and Jeddah have been used to transport drugs, and criminals earn tens of billions of dollars annually.

Turki al-Rashidi points out that during the investigation on the issue, he obtained several documents which show that several Saudi senior officials, including Saudi princes, are involved in the game. So, whenever he tried to stop it, he faced threats.

The Saudi Arabian official, who was later fired on false charges, said: “My investigations show that this trend of drug trafficking and using Hajj as a mask has been going on for the past 30 years. Despite having this information, to date no police or security officer has dared to stop it. I believe that because of revealing this secret, I am prosecuted and surely, I will be killed.

To explain the amount of drug trafficking carried out by Saudi princes and officials during the Hajj, it is enough to understand only this figure that between one million and 200 thousand pilgrims from different parts of the world visit this country, and are transported to Mecca and Medina by buses loaded with drugs.

This just shows how big this game of drug trafficking is and how much the Al Saud family is earning from it!