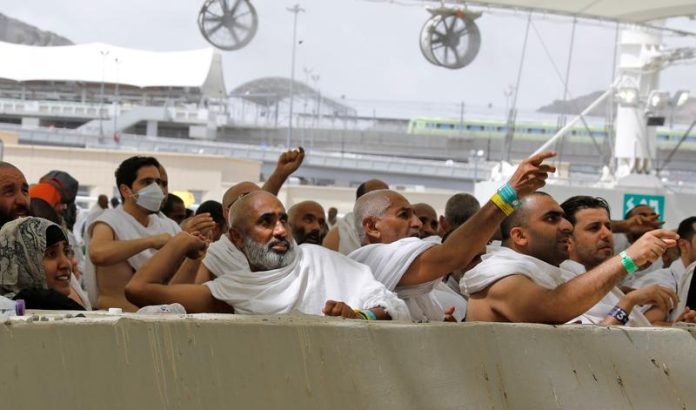 Hajj season has started, and Muslims from all over the world are reaching Saudi Arabia to perform Hajj after two years. Hajj is important to worship Muslims. According to Islamic beliefs, Hajj is obligatory on a capable person once in a lifetime. Devil

It is celebrated every year in the holy city of Mecca in Saudi Arabia in the month of Dhu al-Hijjah according to the Islamic calendar. starting on 1 and ending on 10 Dhu al-Hijjah, the twelfth and last month of the Islamic calendar. the 9th Dhul-Hijjah is known as the Day of Arafah, and this day is called the day of Hajj. Muslims coming from all over the world, forgetting all kinds of religious and social discrimination, wear a white-colored cloth which is called ihram and perform religious rituals together.

Many Muslim religious leaders believe that Hajj is not just a religious act of worship of Allah, but it is a religious-political worship, which means that Muslims all over the world get information about each other’s problems every year, and By gathering on one platform, try to solve the problems of Muslims along with the worship of Allah. stoning of the devil and its American connection

One of the rituals of Hajj is the stoning of the devil. At Mina, the pilgrims perform the symbolic stoning of the Devil (Ramy al-Jamarat) by throwing seven stones. This is a very important aspect of Hajj. If a Muslim goes on Hajj and does not stone the devil, then his Hajj is not acceptable.

READ ALSO: The parallel game of Hajj and drug trafficking

This is the reason why in the Hajj slogans are raised against the symbols of the satanic empire, America and Britain, who have shed the blood of many people of the world, whether they are Muslims or non -Muslims, and Muslims express their hatred towards them.