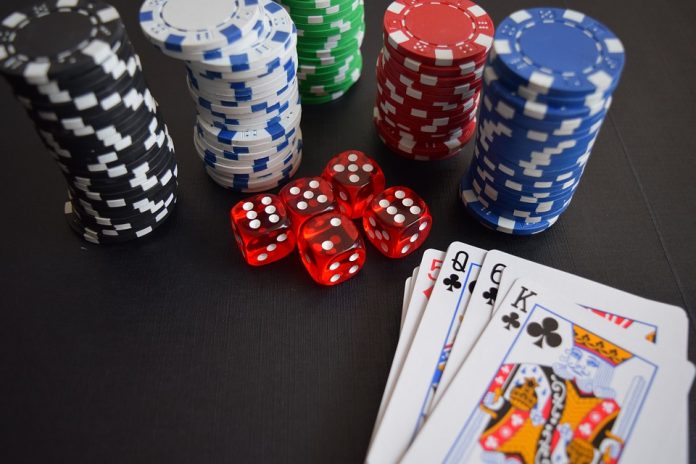 FeatureByUAE – The global casino industry is waiting to see whether the UAE will legalize gambling. Ras Al Khaimah may be the first to open a casino in the region.

From the futuristic skyscrapers of Dubai to islands dotted with mega-mansions, luxury resorts, and hotels, the United Arab Emirates has become renowned for its wealth and as a top international tourist destination. One thing it’s not known for is casinos and gambling. However, after Ras Al Khaimah, one of the smaller and less known emirates in the UAE released a statement in January, it looks like change is coming.

The announcement stirred huge interest amongst global casino brands in Las Vegas and Macau who are only too eager to flock to the UAE and build luxury casinos. Vegas casino giant Wynn Resorts was the first to respond to Ras Al Khaimah’s announcement. Since then, a multi-billion-dollar deal to build a luxury resort on the artificial Al-Marjan Island on Ras Al Khaimah’s coast has reportedly been approved.

International news agency Reuters has described the announcement and decision as “a potential landmark moment for the region”. The UAE, like most countries around the Gulf and Arabian Peninsula, have long been governed by strict Islamic law, which restricts gambling.

However, over recent years, things have begun to change. The sale of alcohol has gradually become permitted throughout most of the emirates. Now, with the announcement and reports of the Wynn deal gambling in some form or other appears to be fairly certain.

Each of the independently ruled emirates will likely address the allowance of gambling on an individual basis. Like the emirate Sharjah differs to the others by continuing to forbid alcohol, such is expected be the case with gambling.

At first, casinos will likely be restricted to Ras Al Khaimah. However, should they be a success, it may very well spread to the other emirates. Dubai, the international business and tourism hub of the UAE, is well suited to casinos. Vegas giant Caesars Entertainment already has a non-gambling luxury resort in Dubai, with MGM Resorts recently following suit. Being a magnet for global tourism, Dubai is seen as the grand prize should casinos ever be allowed there.

Anthony Costa, the Dubai Caesars Palace regional president has expressed his confidence in the gradual legalization of casinos in the UAE. MGM is currently in the process of building its own luxury island resort in Dubai but has not yet mentioned any intentions or plans of including a casino. However, it is likely that they, and Caesars, will jump at the opportunity.

Allowing casinos in the UAE will create a significant advantage for the country’s tourism industry in the Middle East. In recent years, places like Saudi Arabia have been rapidly growing in tourism, creating steep competition for the UAE.

With Islamic tradition and law still a predominant influence in the region it’s still unknown how Ras Al Khaimah will go about implementing legalized gambling. Some have suggested that it will be restricted to tourists and foreigners. Another likely outcome is that gambling will be focused on luxury venues, rather than online. After all, the aim would be to attract tourism. It will likely follow a similar approach to other casino-tourism hotspots of the world, such as Las Vegas, Macau, and Singapore. We will might even see the approval of Arabic online casinos in the future.

Ras Al Khaimah’s Department of Entertainment and Gaming Regulation has been given the all-important task of making this decision. In the interim, the global casino world is watching and waiting.