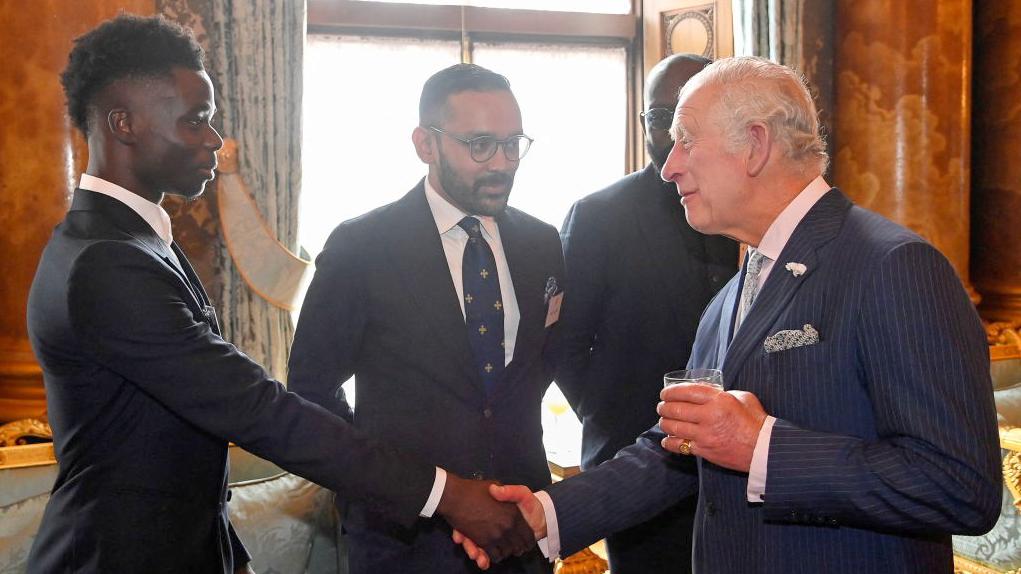 The 21-year-old Saka met Prince Charles, heir apparent to the British throne as the eldest son of Queen Elizabeth II and Prince Philip, Duke of Edinburgh on Friday, June 10, 2022.

The meeting between Saka and the Prince took place at Buckingham Palace, the London royal residence and the administrative headquarters of the monarch of the United Kingdom (UK).
Saka took to social media to give details about his visit to the historical building.

The Arsenal man took to his official Instagram account to post photos of him meeting the Prince of Wales.
Along with the photos was a message that said, “It’s not every day that you get an invite to Buckingham Palace!

“Thank you to The Prince of Wales and The Duchess of Cornwall for inviting me and my family yesterday to celebrate the contribution of the people of the Commonwealth in the UK.

“It was a pleasure to meet everyone and be in a room filled with great people! @ClarenceHouse.” 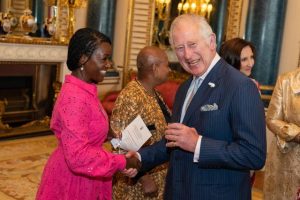 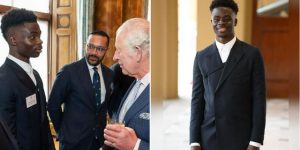 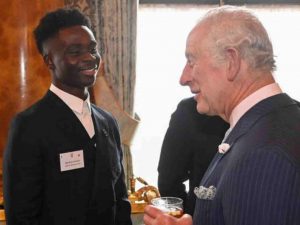 According to Saka, he got an invitation to Buckingham Palace along with his family.
The invitation was to celebrate the contribution of the people of the Commonwealth in the UK.

Saka who was born to Nigerian parents was all smiles as he met with the Prince.

The Arsenal man who just returned from vacation to Boston in the United States of America (USA) is now expected to ramp up preparation after representing England in the UEFA Nations League for upcoming pre-season games with the Gunners.