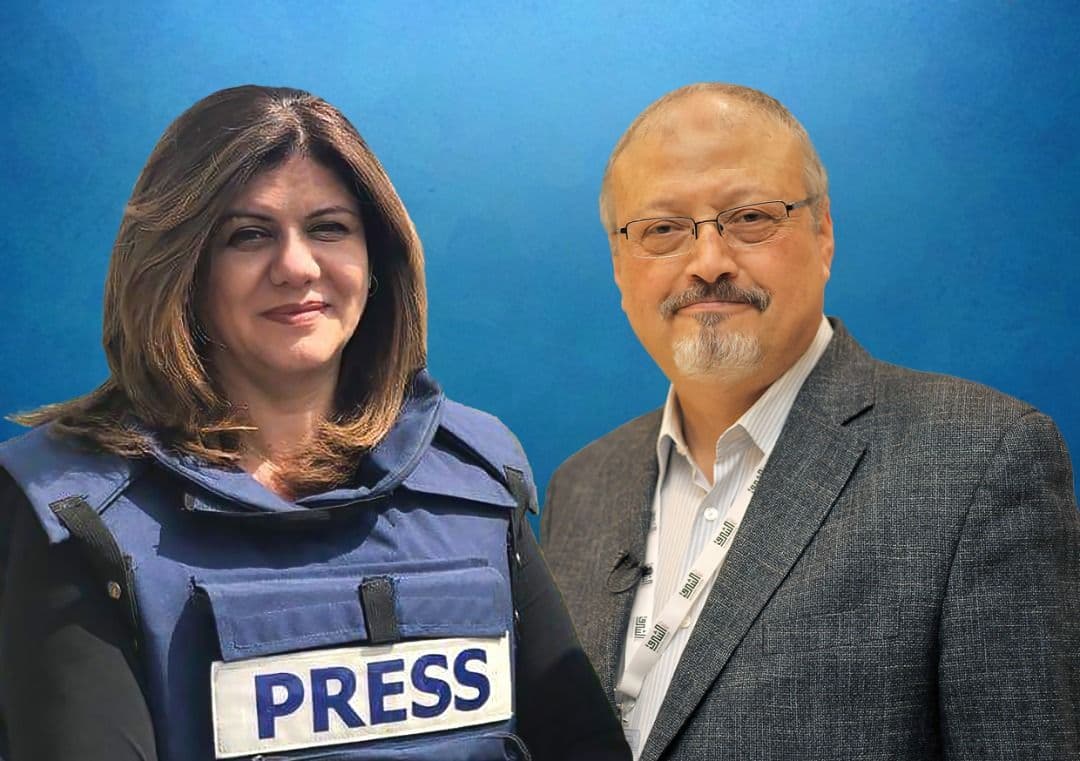 Dictatorships, anti-human rights and oppressive governments around the world have been killing journalists who are truthful, honest and against injustice in order to silence the voice of justice and human rights. The killing of Shereen Abu Akleh by Israel is the latest example of this approach.

Those who raise their voice against human rights violations, repression, corruption… have been targeted by the barbarism of oppressive governments, while performing their duty with full integrity and duty. This is not matter he is Jamal Khashoggi murder by the oppressive Saudi government or that of Aljazeera reporter Shireen assassinated by Israel.

Saudi Arabia killed Jamal Khashoggi for voicing against human rights violations and corruption in the country, and writing against bin Salman’s policies for power, and criticizing the policies of the Saudi regime in the country.
Jamal Khashoggi was killed simply because he was critical of bin Salman and exposed Saudi Arabia’s human rights violations to the world.

Like the government of Saudi Arabia, Israel does not want this news to come in front of the world, that is why Israel has also been targeting journalists. Rather it would not be wrong if one says that targeting media institutions and reporters has been an old practice of Israel.

The assassination of Shereen Abu Akleh follows the same policy. Shereen was called the voice of human rights in Occupied Palestine. She was known for speaking out to the world in her strong and effective voice to show barbarism of Israel, and the oppression and suffering of the Palestinian people.

Shereen Abu Akleh was an engineer who came into the field of media, she was a fearless and fighting personality. She had been working with the Aljazeera Channel since its formation, and worked to bring to the world the suffering of Palestine and the brutality of Israel from 1948 until her death.

Even before her assassination, Abu Akleh was arrested and assaulted by the Israeli army several times for her work, but she was never afraid to do her job!

The Israelis shot between Abu Akleh’s bullet-proof jacket and Lehmet at a point where there was no safety, indicating that the Israeli sniper was tasked with killing her, and that the killing was well-planned.

Abu Akleh was shot when she was wearing a press jacket with the words “PRESS” on it, but unfortunately it has to be said that there is no evidence of criticism of this horrific crime from countries called them human rights protector!

There was no response. No country took any action against Israel, no sanctions were imposed on Israel. America is still giving arms and economic support to Israel; the European countries are still standing with Israel. Imagine what would have happened if such a journalist was shot by Russia in the Ukraine-Russian war…! Russia would have been recognized all over the world as a violator of press freedom and human rights, and many sanctions would be imposed on it.

However, many free spirits such as Ilhan Omar, Cori Bush and Rashida Tlaib have condemned this heinous act of Israel, and have demanded that it be held accountable.