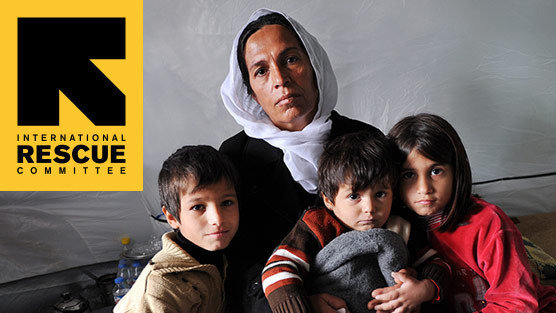 As countries and international organisations meet for the Sixth Brussels Conference on the future of Syria, the International Rescue Committee (IRC) urged participants to ‘ramp up’ funding to support the war-torn country. The International Rescue Committee (IRC) has called on international donors to “ramp up” efforts to alleviate suffering in Syria, warning that Ukraine should not divert attention away from the war-torn nation.

The IRC said that humanitarian needs “have reached an all-time high” in the country plagued by war for over 11 years. It highlighted that 14.6 million people, 70 percent of Syria’s population, need help with basic goods to survive and 12 million are food insecure.

The Sixth Brussels Conference on “Supporting the future of Syria and the region” takes place this week on Monday and Tuesday.

“As the international community mobilises to tackle the crisis in Ukraine, we cannot forget the staggering level of humanitarian needs in Syria,” said IRC Senior Director of Policy and Advocacy in Europe, Imogen Sudbery.

The conference, hosted by the EU and featuring 70 countries and international institutions, is the “main pledging event” for Syria and surrounding countries for the year.

At the Fifth Brussels Conference, the international community raised a total of $6.4 billion. However, the IRC said just 46 percent of the required funds were committed – the lowest seen in six years.

“Even if donors pledge the same as previous years, they will not fill this gap,” added Sudbery.

Pleased to announce 🇬🇧 pledge of up to £158m in aid for #Syria and the region ahead of today's #SyriaConf2022.https://t.co/sXMILfpuim

The UK announced on Tuesday that it had pledged “up to £158 million” for “vulnerable” Syrians.

Comparatively, Germany pledged more than one billion euros in support this year.

The US ambassador to the UN, Linda Thomas-Greenfield, said Washington committed $800 million.

Final totals from the 2022 pledging are yet to be announced.

The Syrian war started in 2011 and is now in its 12th year, with more than half a million people estimated to have been killed and millions displaced.

EU foreign policy chief Josep Borrell said at the donor event: “The Russian war [in Ukraine] will increase food and energy prices and the situation in Syria will become worse.”