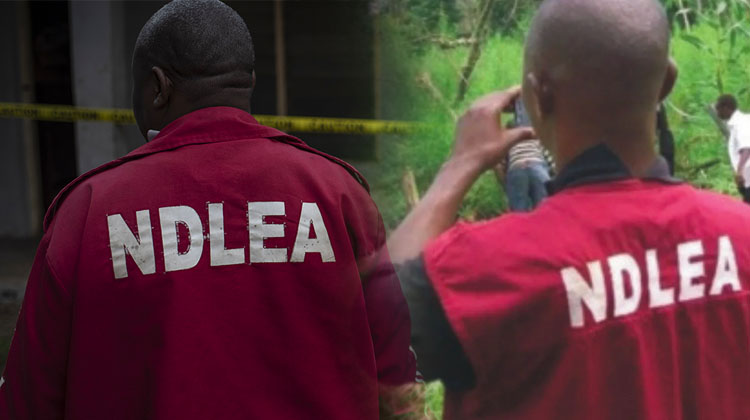 Two pregnant women have been arrested in Lagos airport, for attempting to export illicit drugs to Spain and Dubai.

In a statement in which their arrest was disclosed, NDLEA Spokesperson Femi Babafemi said the duo was apprehended at the Murtala Muhammed International Airport in Ikeja, Lagos, for attempting to import and export illicit drugs.

Babafemi revealed that on Wednesday, May 4, 2022, NDLEA operatives at the SAHCO export shed of the airport intercepted some cartons of alcoholic drinks suspected to contain illicit drugs.

Having discovered the alcoholic drinks, a follow-up operation led to the arrest of Babatunde, who confessed that the drugs were intended for her husband in Dubai, United Arab Emirates (UAE).

The statement read, “A freight agent who brought the consignment for export to Dubai, UAE, Shola Ogunrinde was immediately arrested while a follow-up operation led to the arrest of a pregnant woman, Mrs. Seun Babatunde, who operates an alcohol joint in the Pleasure area of Iyana Ipaja.

READ ALSO: This thing can weaken your immune system

“When the cartons were opened in the presence of the agent and the pregnant owner, seven parcels of cannabis and a sachet of ecstasy drug (MDMA) were found concealed inside Cans of black bullet alcoholic drinks. In her confession, Mrs. Babatunde claimed the drugs were being sent to her husband who lives in Dubai.”

According to the statement, Asibor was arrested on Thursday, May 5, with tramadol concealed in her possession at the airport.

“The second pregnant woman, Mrs. Gloria Asibor was arrested on Thursday, May 5, while attempting to board a Turkish Airline flight to Bolonia, Spain via Istanbul, Turkey,” the statement added.

A search of Asibor’s luggage containing food items, subsequently, led to the discovery of 300 tablets of 200mg and 225mg high dosage of Tramadol concealed in crayfish.