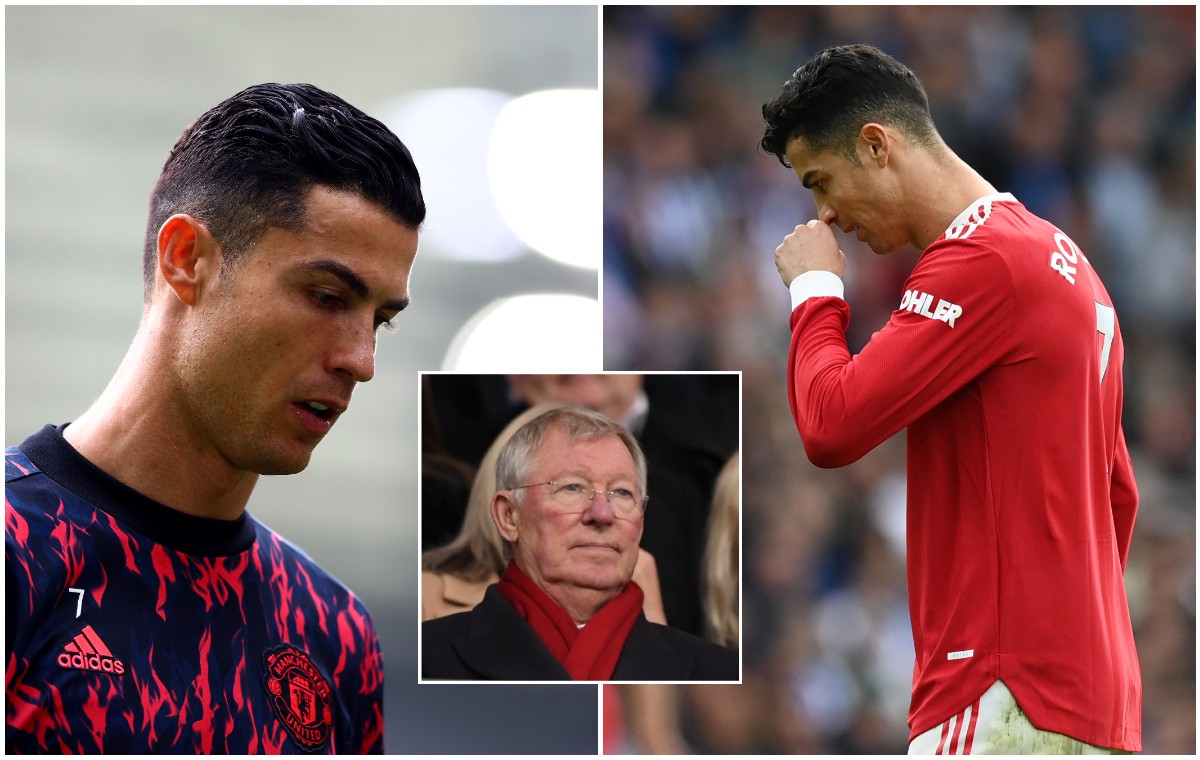 Ronaldo and Ferguson who live close by in Cheshire, Manchester, have reportedly had regular discussions at their respective houses.

Manchester United star Cristiano Ronaldo has been revealed to have had a series of private meetings with former manager Sir Alex Ferguson to discuss his future.

The forward was left bewildered on Saturday, as Brighton and Hove Albion hammered them 4-0, dashing the Red Devils’ hopes of Champions League football next season.

According to an exclusive by Mirror, Ronaldo, and Ferguson who live close by in Cheshire, Manchester, have had regular discussions over cups of tea at their respective houses.

Ferguson beckoning on Ronaldo to stay at United

Ferguson: the first manager to have brought Ronaldo to United in 2003, was pivotal in the 37-year-old’s £12.9 million return to the club last summer.

It is understood that the former manager wants Ronaldo to protect his legacy by staying at Old Trafford next season.

Ronaldo: a five-time Balon d’Or winner has despite struggling, been United’s most influential player, scoring 24 goals in all competitions, including hat-tricks against Tottenham and Norwich.

And with United, out of contention for a place at next season’s Champions League, and unsure of a Europa League slot, rumours have it that Ronaldo may leave this summer despite having a year left on his contract, with the option of a third.

Ferguson and Ronaldo’s discussion have been centered around how United’s season has fallen apart since the striker came from Juventus last summer.

Ronaldo is quiet about future plans

The Portugal international has been tight-lipped about his plans, with new manager Erik ten Hag poised to take over from interim coach Ralf Rangnick this summer.

After scoring in United’s 3-0 victory over Brentford, the star hinted that he would stay to see whether he can contribute to ten Hag’s vision for a greater United future.

Against Brighton, he was seen laughing after United’s defence failed to prevent Pascal Gross from scoring Brighton’s third of four goals.

If Ten Hag will utilise Ronaldo next season remains unknown, the Dutch manager after his appointment revealed his focus was on finishing the season with Ajax.