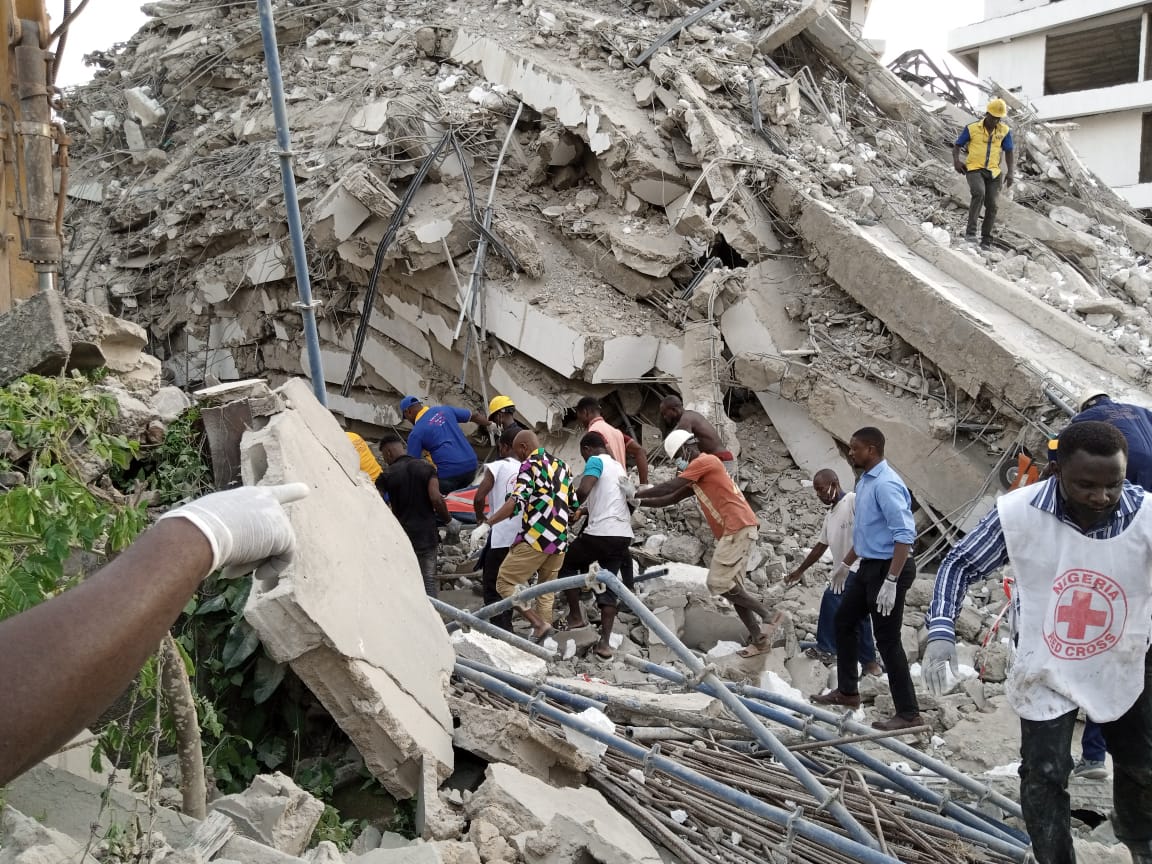 The two-storey building on Chris Igadi Street, in the Ago Palace Way area of the state, collapsed around 3 am on Saturday, May 7, 2022.

People residing in the building were said to have vacated the premises immediately after the building gave a sign it wanted to collapse, Punch reports.

Oke-Osanyintolu added that the site of the collapsed structure had been handed over to the Lagos State Building Control Agency.

READ ALSO:  The EU is planning to turn to Africa to help wean itself off Russian natural gas

He said, “The agency responded to the collapsed two-story building on Chris Igadi Street, off Ago Palace Way, opposite Kilimanjaro/ AP filling station, around 3 am this morning.

“On arrival, information gathered from the residents revealed that the building gave signs several hours before it collapsed. Fortunately, nobody was trapped as all the occupants evacuated the area when the signs began two hours before the collapse.

“A headcount of occupants was carried out to ensure no occupants is missing and the remains of the building were cordoned off. The operation was concluded around 5:23 am. The site will be handed over to LABSCA and Ministry of Physical Planning for further investigation.”

Unlike the building that collapsed in Ebute Metta, it is not clear at the time of filing this report if the two-storey building had been marked for demolition by the Lagos State Building Control Agency (LASBCA) before it collapsed.