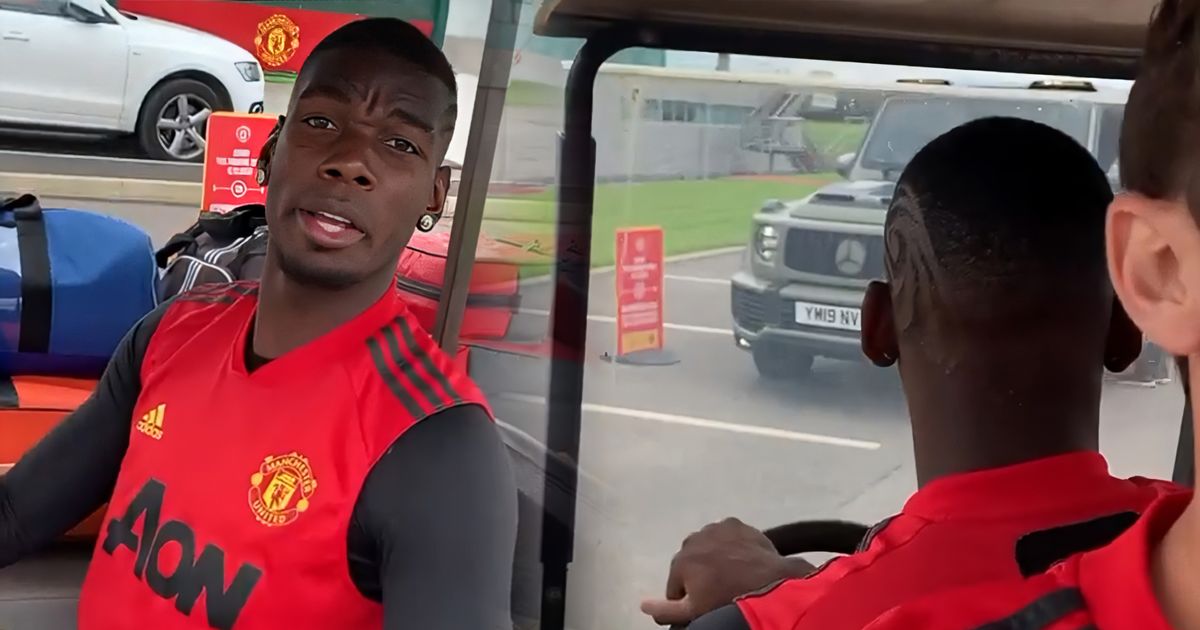 Manchester United midfielder Paul Pogba has taken to social media to show off his recovery from injury.

The 29-year-old France international took to his official Instagram account to give fans of Manchester United a progress report on his injury recovery stage.

In the video, Pogba is seen dancing to test out his calf as he continues his rehabilitation.
Pogba is seen wearing a Kinesiology tape to help stabilize the injured area on his right calf.

Pogba shows off moves
After suffering an injury in the defeat to rivals Arsenal, Pogba gave Manchester United fans the assurance that he would do everything possible to return to action before the end of the season in a push to secure European football next campaign.

In the video, Pogba added a message that said, ‘New way to work on the calf’ and captioned it “New Calf training and target.”

Pogba, known to be a jovial personality off the pitch also busted out some new dance moves.
The song playing in the video is a 2022 hit track titled Abo Mvelo by Daliwonga featuring M.J & Mellow and Sleazy.

Pogba has a decent haircut wearing a Manchester United training kit as he goes through testing his calf.

After the dance exercise, Pogba tried to shoot a football into a basketball hoop and on the second attempt, he was able to do so.
Pogba is a free agent at the end of the season and has been linked with several clubs.