A new book dives into the origins of animosity between Washington and Tehran and offers ideas on how to work toward normalizing relations. 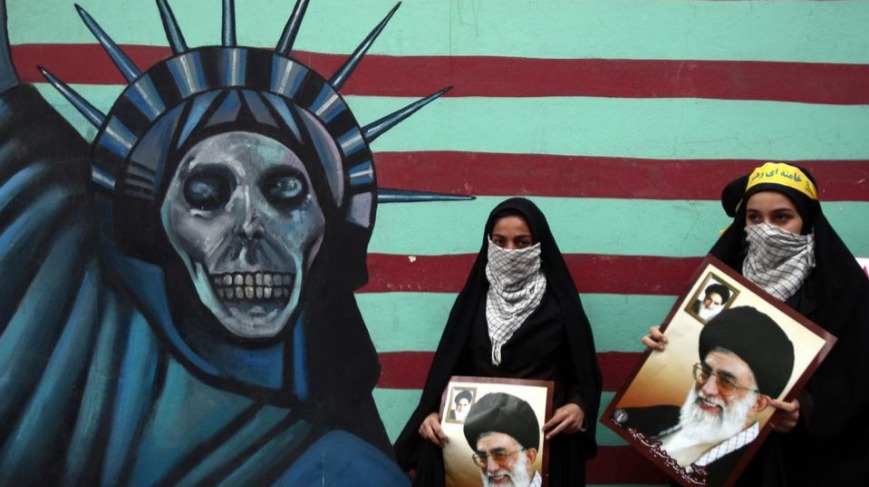 The United States and Iran have had a troubled relationship marred by distrust and violence for more than 40 years, and they have struggled to cooperate even when both governments recognized that they had some interests in common. Devising a better and more constructive Iran policy is important to making much-needed changes to the U.S. role in the Middle East and to preventing another unnecessary war in the future, but there is little appetite in Washington to make the effort or to take the political risks that it would require.

A first step in crafting a smarter Iran policy is to understand why U.S.-Iranian relations have been so strained for such a long time and what obstacles stand in the way of changing that.

Fortunately, Hussein Banai, Malcolm Byrne, and John Tirman have written a very valuable study of U.S.-Iranian relations and the national narratives that have led to many missed opportunities and avoidable clashes. Well-researched and engagingly written, “Republics of Myth: National Narratives and the U.S.-Iran Conflict” is essential reading for anyone interested in Iran policy and U.S. foreign policy in the Middle East more broadly. As the negotiations to revive the nuclear deal with Iran hang by a thread, a deeper understanding of the causes of U.S.-Iranian conflict could not be timelier.

The authors recount the history of U.S.-Iranian relations from the 1979 revolution up to the present with a chapter dedicated to each major development. Republics of Myth is a balanced and careful account of how both governments have contributed to the cycles of misunderstanding, recrimination, and conflict that have defined the relationship. They seek to explain how each side’s national narrative constrained policymakers’ choices, affected their perceptions, and created blinders that kept them from recognizing opportunities for diplomatic breakthroughs when they presented themselves. According to one of their citations from Ronald Krebs, such narratives “set the boundaries of what actors can legitimately articulate in public, what they can collectively (though not individually) imagine, and what is politically possible.”

The national narratives that the authors describe have some basis in reality, but they can also mislead the policymakers that embrace them. While the United States sees its power projection in terms of the old self-justifying frontier narrative, Iran views the United States as the latest in a long line of foreign powers seeking to dominate them. On the other side, Iran draws on its national and religious traditions and sees itself as defying outside oppressors while the United States perceives Iran as a terrorist threat and part of the frontier to be subdued. The two narratives interact and feed into one another, and each time there is more conflict it reinforces the assumptions that the narratives are founded on.

The United States has remained stuck in its perception of Iran’s government as menacing and untrustworthy no matter what the Iranian government does, and Iran’s government perceives the United States as seeking its downfall. This pattern has been formed by the countries’ respective national narratives, which have served to shape how American and Iranian leaders understand their purpose in the world and how they view the other country. Opposing national narratives don’t always have to prevail when two states have strong reasons to cooperate, but they limit the extent and nature of that cooperation. The authors point to the technical nature of the nuclear negotiations that led to the Joint Comprehensive Plan of Action as an example of how both governments can engage in constructive diplomacy only so long as it did not involve core issues of how each side understood the other. As they put it, “The JCPOA was in all respects a narrow technical agreement—an important one, to be sure—that did not disrupt American attitudes toward Iran.” As we have seen over the last five years, it is those attitudes that have put the JCPOA in jeopardy and may very well end up destroying it.

Lack of understanding of the other country has been one of the major obstacles to improving the relationship, and something that the United States has repeatedly failed to understand is the Iranian desire to be treated with dignity and respect. This is something that Iranian officials have insisted on many times, and in most instances Washington has ignored them. Fixing that is not a panacea for all the problems in the relationship, but if we look back over the record of U.S.-Iranian engagement it is remarkable how much diplomatic progress can be made when the United States has been willing to show a minimum of respect for Iranian concerns and interests and how quickly otherwise productive talks collapse when Washington sends signals of disdain and contempt instead.

For example, nascent U.S.-Iranian cooperation in Afghanistan was effectively torpedoed by George W. Bush’s combative rhetoric and the decision to label Iran as part of an “axis of evil” alongside one of Iran’s most hated enemies. An attempt to cultivate a better relationship during the Clinton administration was derailed by Madeleine Albright’s use of language that the Iranian leadership took as insulting.

By contrast, nuclear negotiations succeeded once the United States was willing to show flexibility on the question of Iran’s domestic enrichment and allow Iran a face-saving compromise. When the United States has been willing to treat Iran as an equal and not as a vassal to be dictated to, it has found a receptive audience for its proposals. When it has sought to strangle Iran into submission through coercive measures, it has been met with predictable intransigence.

The book details how the United States has been obsessed with Iran out of all proportion to the threat Iran’s government poses to America. This obsession reached its apogee during the Trump years, but as the authors explain Trump’s obsession was just an intensified version of the longstanding U.S. view.

Mutual obsession is another example of how narratives have shaped the relationship: “These culturally driven preferences can also be glimpsed in the obsessiveness each country exhibits towards the other.” This obsessiveness creates what the authors call “the narrative trap” that repeatedly sabotages promising moments of diplomatic understanding. The fact that the successful negotiation of the JCPOA was followed almost immediately by the U.S. repudiation of the agreement and intensified economic warfare is a testament to how deeply-ingrained the pattern of hostility and mistrust is. The Biden administration’s apparent inability to escape the same trap is further proof of its power.

The authors recommend working towards the establishment of normal diplomatic relations to avoid a repeat of missed opportunities and misunderstandings in the future. The U.S. government’s basic lack of knowledge about Iran and its people is a recurring theme in the history of the relationship. Having a regular diplomatic presence in the country would help to correct that deficiency.

Refusing to restore normal relations has kept the United States in the dark and blinded Washington to potential areas of common interest with Iran, and it has made our government dependent on the self-serving claims of exile groups, ideologues, and Iran’s regional rivals. It is hardly a surprise that our Iran policy has been such a mess when policymakers have such a limited and distorted picture of the country, and normal relations would be a good way to start correcting that failing.