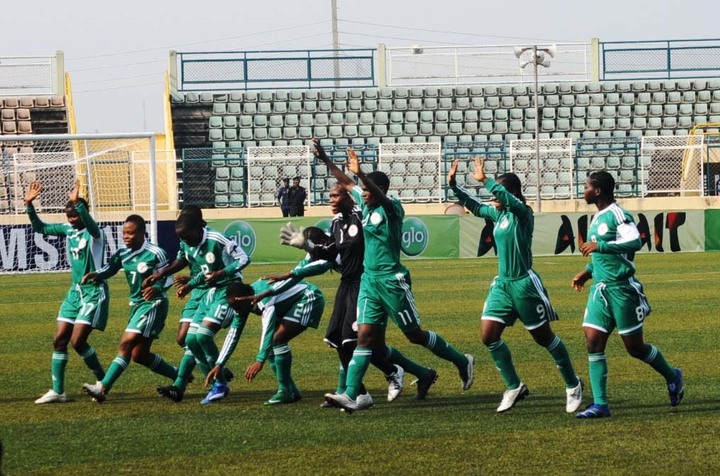 Nigeria’s Flamingoes record 6-0 aggregate win against Egypt, 1 step away from qualifying for the FIFA U-17 Women’s World Cup

Nigeria’s U-17 women’s national team known as the Flamingoes recorded a 2-0 victory against their counterparts from Egypt in a 2022 African U-17 Women’s World Cup Qualifying Tournament fixture played at the Petro Sport Stadium, Cairo on Saturday, April 30, 2022.

In the first leg played at the MKO Abiola Stadium in Abuja, the Flamingoes recorded a comfortable 4-0 victory.

In the return fixture, the Flamingoes wasted no time in extending their advantage as Opeyemi Ajakaye put Nigeria in front as early as the fifth minute.

Flamingoes get the job done against Egypt
In the 14th minute, Amina Bello the Flamingo’s advantage with their second goal of the game.

It was another impressive outing for the Flamingoes after they recorded a 5-0 second-leg victory in an 8-0 an aggregate win against Congo in the previous round at the Samuel Ogbemudia Stadium in Benin City.
The Flamingoes have been receiving support in preparation for their qualification games.

Super Eagles legends Daniel Amokachi and Jay-Jay Okocha as well as Minister of Youth and Sports Sunday Dare visited the Flamingoes in camp before the first leg fixture against Egypt.