About three-quarters of Americans don’t like at least one of their neighbors, according to a recent survey from LendingTree. The online financial services marketplace surveyed more than 1,500 renters and homeowners to come up with the results.

The top reason 73% of the survey respondents disliked the people next door was because those individuals gave off a “weird vibe,” with 28% of people citing it as their reason for feeling unneighborly. Loud, rude, and nosy neighbors also weren’t popular as were those with disruptive pets.

The more packed in folks were, the likelier they were to grouse about the people in their neighborhood.

About 79% of younger people, apartment dwellers, and people who live in the Northeast responded that they weren’t fans of a neighbor—a higher rate than the national average.

Meanwhile, more than a third, 37%, of Americans prefer neighbors who share their political beliefs, particularly members of Generation Z and homeowners.

Some were so bothered by the people who lived near them that they were willing to relocate. More than 1 in 10 people admitted that they moved away from their neighborhood to escape a nightmare neighbor and nearly 30% have considered it. These feelings are more common among lower-income folks and renters. 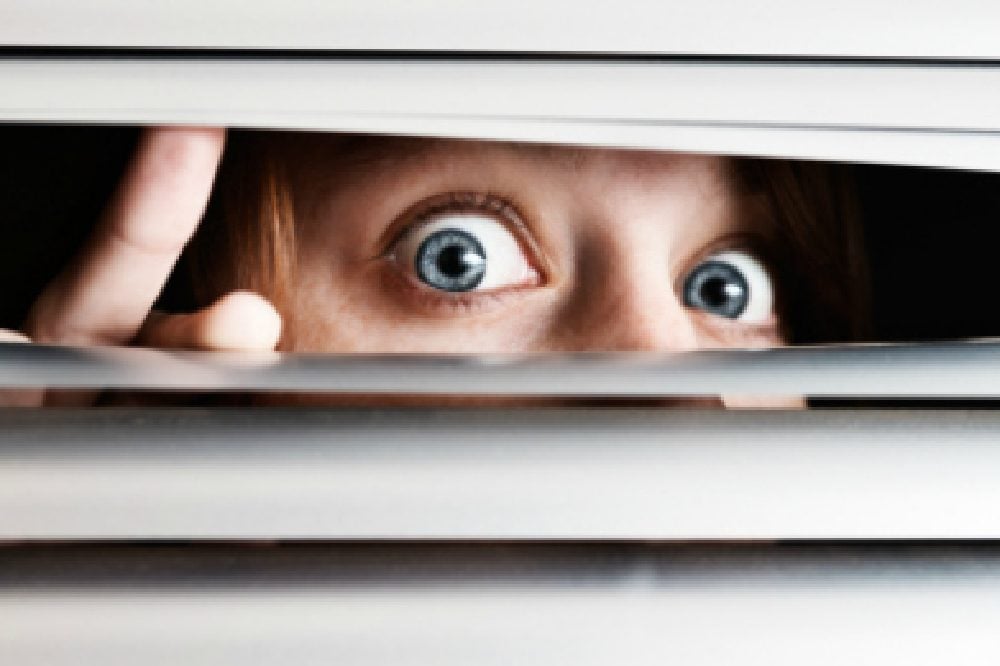 Still, there’s a reason that most Americans haven’t chosen the nuclear option and left their neighborhood behind over a squabble with a neighbor.

“Before you decide ‘I’m going to leave,’ you should ask yourself, ‘Can I really not live near this neighbor that I dislike?’” says LendingTree senior economic analyst Jacob Channel. “Are they really doing something that is potentially dangerous or completely ruining my life? Ask that question, and make sure you answer it really truthfully.”

Channel adds that the extremely tight housing market makes the decision to move all the more fraught. There just aren’t many available rentals or homes for sale at the moment, and those that are on the market are likely to come with meteoric price tags.

Lingering dislike of a neighbor might become more common as moving away continues to be difficult. People are more likely to “stomach things” when “the alternative is not having a house,” says Channel.

“Once you sell a house, that’s just the first step. You also have to find a place to live, and with home prices as high as they are, that can be pretty tricky,” he says. “Don’t cut your nose off to spite your face.”

According to a survey, 75% of Americans dislike their neighbor

Whether it’s due to noise, rudeness or “weird vibes”, it seems most Americans aren’t happy with their neighbors, with a survey of more than 1,500 consumers showing that 75% dislike people from at least one of the households that live nearby.

Broken out by age group, the younger generation—Gen Z—were more than twice as likely as baby boomers to say they hate the smell of cigarette-smoking neighbors. Millennials had more gripes about problem pets. Baby boomers were more likely to dislike neighbors with messy yards. Gen Xers (those between ages 42 and 56) were most likely to call out rudeness as a top neighbor gripe.

“In today’s hot housing market where prices are high and inventory is limited, the unfortunate reality is that some people might not have any other choice but to live near someone they don’t like,” said Jacob Channel, LendingTree’s senior economist. “And while getting ‘bad vibes’ from a neighbor can certainly be annoying, dealing with them might be worth it if it means you have an affordable place to live.”

While some may not be happy with the person next door, other homeowners say they like their neighbors—at least a few of them. Seventy-four percent of respondents say they are friends with a neighbor. But they also say there is some friendly competition. Seventeen percent of Americans say they feel financially pressured to keep up with their neighbors, more than double that amount when respondents live in a homeowners association (36%).

Even friendly neighbors snoop: 32% of Americans say they’ve looked up a neighbor’s home online to see the value and check out the inside of the home, the survey finds.

Finland and Sweden have applied to join the North Atlantic Treaty Organization (NATO) as Russia’s invasion of Ukraine enters its...

Over 100 celebrities and artists have signed a statement calling for accountability over Israel’s killing of Palestinian-American journalist Shireen Abu...

US President Joe Biden on Thursday (local time) hailed the “momentous” applications of once-neutral Sweden and Finland to join the...

Israeli terror group calls for ‘demolition’ of Dome of Rock

A far-right Israeli group, which has earned infamy among Palestinians as a "terrorist" outfit, has called for the "demolition" of...

Algerian lawmakers have submitted a bill to the People's National Assembly, which would criminalize the establishment of relations with the...