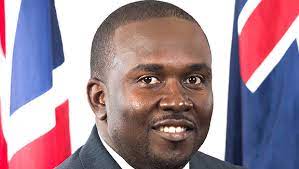 Britain is set to impose a form of direct rule over the British Virgin Islands (BVI) after the Caribbean territory’s premier was arrested in the US on suspicion of drug smuggling, in a move which has raised suspicions of a preplanned scenario to overtake the territory.

Andrew Fahie, the elected head of government of the British overseas territory, appeared in federal court in Miami on Friday, a day after he was arrested by US Drug Enforcement Agency (DEA) officials for alleged cocaine trafficking.

The arrest was made after DEA agents pretended to be drug dealers from Mexico’s Sinaloa Cartel – the largest supplier of illegal drugs to the US market and formerly run by now-imprisoned drug lord Joaquín ‘El Chapo’ Guzman.

In a criminal complaint filed in a US federal court, the DEA said the widespread investigation was launched in October last year based on work carried out by a confidential informant, who is said to have claimed in meetings with Fahie to be a cartel member aiming to smuggle thousands of kilograms of Colombian cocaine worth tens of millions of dollars through the BVI to the US.

The documents said Fahie told the informant during one meeting that the UK government had been trying for years to remove him from office.

“I have plenty of people, and I don’t sell them out to the British with their plans… they always want to capture people, but me I see what they are doing and I protect the people,” the BVI’s premier was quoted as saying.

At the court hearing on Friday, Fahie did not speak other than to state his name and date of birth and agree for the hearing to be conducted online. A bond hearing was set for next Wednesday.

Since January last year, Fahie has been the subject of an inquiry into allegations of misgovernment and corruption regarding the way the British Virgin Islands have been run.

UK Foreign Secretary Liz Truss said she was “appalled” by Fahie’s alleged charges, adding that Friday’s arrest demonstrated the importance of the commission leading the inquiry.

In its highly critical final report, the commission, led by Judge Sir Gary Hickinbottom, recommended that the territory should have its constitution suspended, its elected government dissolved, and effectively be ruled from London.

The BVI is a British overseas territory made up of more than 40 islands, located in the Caribbean to the east of Puerto Rico.

The UK is already responsible for defense and foreign policy in the BVI, but Governor-General John Rankin – Queen Elizabeth’s representative on the island – is now expected to take charge of all BVI domestic policy and budgets.

Joe Biden; why I shouldn’t go to Saudi Arabia