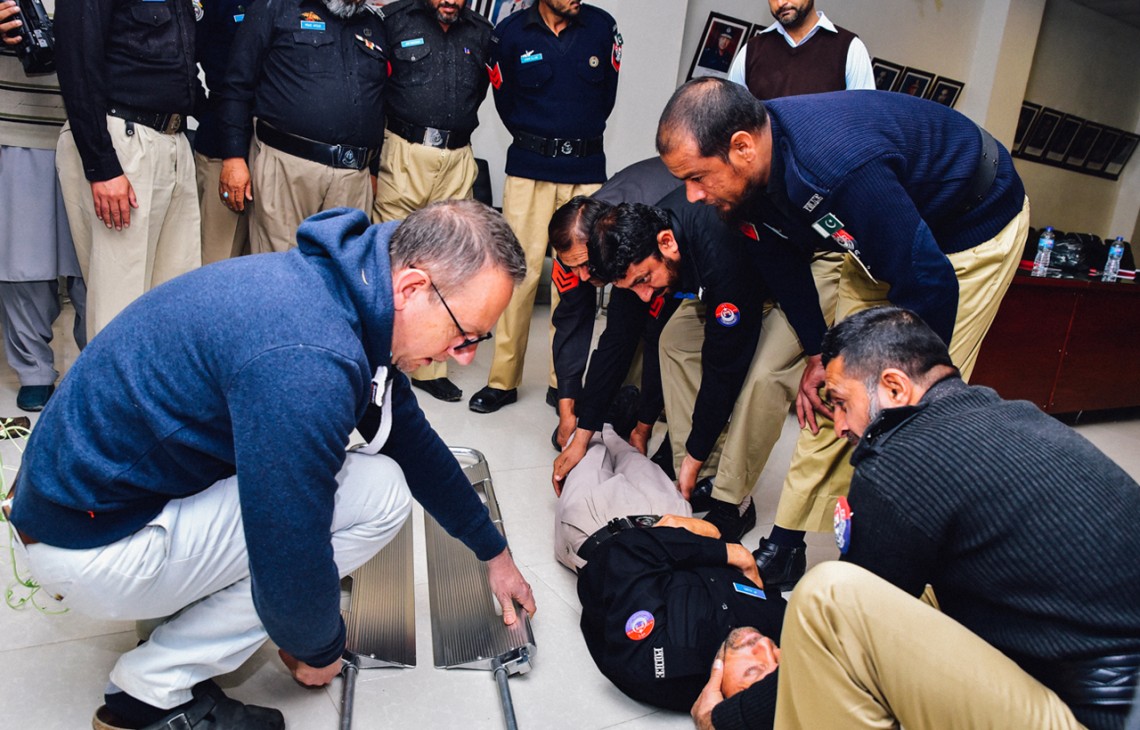 Khyber Pakhtunkhwa has a home-grown insurgency with the Pakistan Taliban targeting the government for autonomy in the area.

A policeman was killed and five others were injured on Friday in two explosions in Pakistan’s Khyber Pakhtunkhwa province.

On Friday night, an improvised explosive device detonated close to the main gate of Nisatta police station in Charsadda district in which a policeman was killed, according to district police officer Suhail Khalid. He added that another policeman was injured in the explosion who was shifted to a hospital in the district headquarters. His condition is said to be stable, as per Khalid.

No militant group has claimed responsibility for the attack. Khalid said a heavy contingent had been rushed to the site of the blast and an investigation was launched into the matter.

In another attack, four persons were injured when a roadside explosive went off in Bajaur tribal district of the province on Friday.

The injured were hospitalised in district headquarters and two among them are critical, as per the police. The two of them were later referred to a hospital in Peshawar.

An investigation has been launched to ascertain the motive behind the explosion, which is yet to be claimed by any militant group.

These explosions came two days after Jamiat Ulema-i-Islam-Fazl (JUI-F) leader Mufti Bashir Ahmad was shot dead by unidentified motorcyclists in his native tehsil of Mamond in Bajaur district on Tuesday evening. JUI-F is a coalition partner of Pakistan’s Prime Minister Shehbaz Sharif in the federal government. The party has four cabinet ministers and a deputy speaker in the National Assembly.

Khyber Pakhtunkhwa province has been mired by home-grown insurgency, with the Pakistan Taliban carrying out attacks against the government demanding autonomy in the tribal areas bordering Afghanistan.

The militant group has been targetting Chinese nationals in the country, opposing the USD 60 billion China-Pakistan Economic Corridor.

These two attacks also follow a suicide attack in Univerity of Karachi in the country’s financial capital in which four people, including three Chinese nationals were killed. The Balochistan Liberation Army had claimed responsibility for the attack.