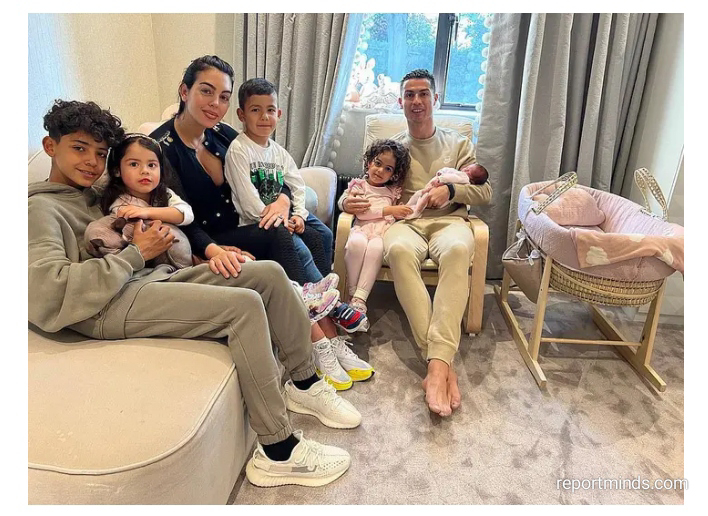 The talismanic Manchester United forward took to Instagram to welcome the newest addition to his family home.

Recall that Ronaldo and his partner Georgina Rodriguez suffered the tragic loss of their baby son during childbirth but were comforted by the fact that his sister survived.

In confirming the devastating news, Ronaldo said: “It is the greatest pain that any parents can feel. Only the birth of our baby girl gives us the strength to live this moment with some hope and happiness.”

As has been the case many times in his career, Ronaldo used adversity to fuel his performances. Upon his return from a mandatory leave following the death of his son, Ronaldo scored in back-to-back Premier League games for only the second time this season.
He grabbed a stunning equalizer against Chelsea on Thursday and celebrated his equalizer away at Arsenal with a heartwarming tribute to his baby boy.

Upon Georgina’s release from hospital last week, Ronaldo posted a beautiful picture with Georgina and the rest of the Ronaldo family reflecting on the love and support he received when he lost his son.

The photo caption read: “Home sweet home. Gio and our baby girl are finally together with us. We want to thank everyone for all the kind words and gestures. Your support is very important and we all felt the love and respect that you have for our family.

“Now it’s time to be grateful for the life that we have just welcomed into this world.”

Ronaldo and Manchester United return to action on Monday with a stern test at home against Brentford.