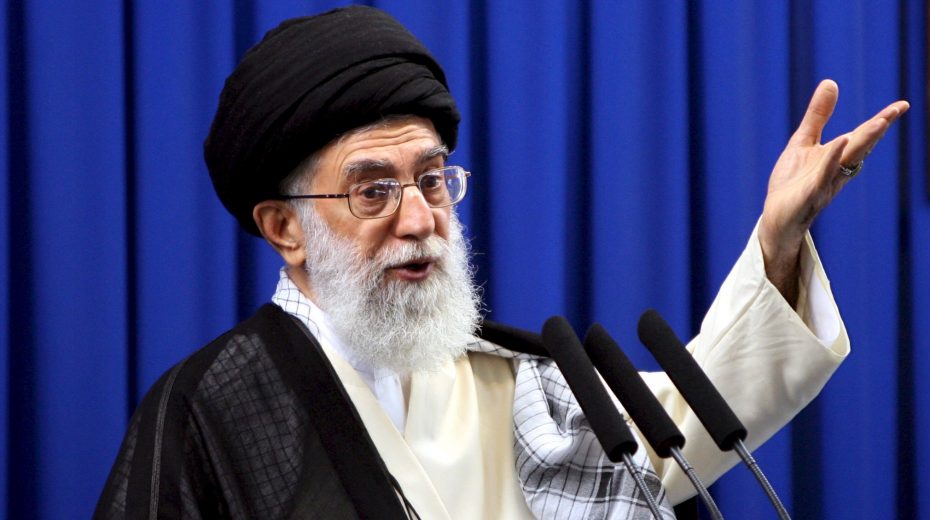 Leader of the Islamic Revolution Ayatollah Seyyed Ali Khamenei is delivering a live televised speech on Friday on the occasion of the International Quds Day. 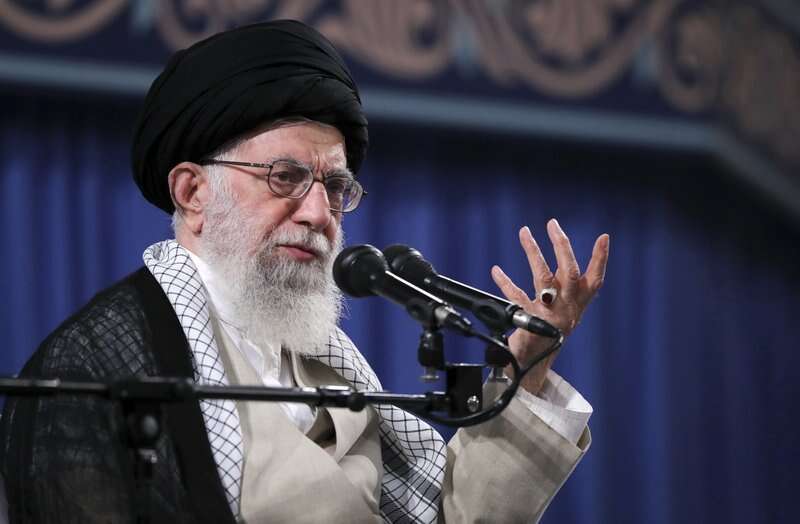 International Quds Day is an annual event during which demonstrators express their solidarity with the Palestinian people and opposition to the occupation of the Palestinian territories by the Zionist regime of Israel.

The day is seen as the legacy of the late founder of the Islamic Republic of Iran, Imam Khomeini, who officially declared the last Friday of the holy month of Ramadan as International Quds Day back in 1979.

According to a report, Stating that everything is signaling a new equation in Palestine’s future, the Leader of the Islamic Revolution said that today, the Zionist criminal army has been forced to turn its offensive array into a defensive one.

Speaking in a live televised speech on Friday on the occasion of the International Quds Day, Ayatollah Seyyed Ali Khamenei said that today, the “invincible willpower” in Palestine and throughout West Asia has replaced the Zionist “invincible army”. Today, the Zionist criminal army has been forced to turn its offensive array into a defensive one.

The full text of the speech is as follows:

All praise is due to God, Lord of the Worlds, and peace and greetings be upon the Master of all humanity and the most honorable human being, our Master, Muhammad Al-Mustafa, the Last Messenger, upon his immaculate Progeny, upon his chosen companions and upon those who follow them until the Day of Judgment.

Once more, Quds Day has arrived. Holy Quds calls all Muslims in the world. The truth is that as long as the usurping, criminal Zionist regime is dominating over Quds, all days of the year should be considered to be Quds Day. Holy Quds is the heart of Palestine, and the entire occupied country of Palestine, from the river to the sea, is a continuation of Quds. The Palestinian nation is showing every day that it has stood up and will stand up against the oppressor with exemplary courage. The Palestinian youth have acted as a defensive shield for Palestine with their self-sacrificing activities and they are harbingers of a different future.

We are carrying out this year’s Quds Day while everything is signaling a new equation in Palestine’s present and future. Today, an “invincible willpower” in Palestine and throughout West Asia has replaced the “invincible army” of the Zionists. Today, that criminal army has been forced to turn its aggressive array into a defensive one. In the political arena today, the most important supporter of that usurping regime, the United States of America, has suffered consecutive defeats. It has been defeated in the war in Afghanistan, defeated in its maximum pressure policy against the Islamic Republic of Iran, defeated in the face of Asian powers, defeated in trying to control the economy of the world, and defeated in the internal management of its own country and managing the phenomenon of the deep rift that has come about in the U.S. establishment.

The usurping Zionist regime is wallowing in a convoluted network of problems in both political and military arenas. The former butcher and criminal, who was at the top of that regime, was thrown into the dustbin of history following the epic at Saif al-Quds. Every hour his current successors await the sharp blade of another epic.

The activities in Jenin have enraged the Zionist regime to the point of madness. This is while 20 years ago, the usurping regime killed 200 people in the Jenin refugee camp in response to the death of a few Zionists in Nahariya, with the purpose of forever concluding the Jenin matter.

Polls show that almost 70% of the Palestinians in the 1948 and 1967 lands and in the surrounding camps encourage the Palestinian leaders to carry out attacks on the Zionist regime. This is an important phenomenon because it signifies the complete preparedness of the Palestinians to confront the usurping regime and it provides the mujahid organizations with the freedom to take military action whenever they deem necessary.

The jihadi moves of the people of Palestine in the two northern and southern parts of the 1948 lands, and at the same time, the massive rallies in Jordan and Eastern Quds, the brave defense of the Al-Aqsa Mosque by Palestinian youth, and the military maneuvers in Gaza indicate that all of Palestine has turned into an arena of resistance. At the present time, the people of Palestine are unanimous about continuing this struggle on the path of God.

These incidents and what has occurred in Palestine in recent years is a seal of annulment on all schemes for compromise with the Zionist enemy. This is because no scheme or plan about Palestine is implementable in the absence of Palestine or against the consent of its owners, the Palestinians. This means that all former agreements such as the Oslo Accord, the Arabian two-state solution, the Deal of the Century and the recent humiliating attempts for the normalization of relations have been nullified.

Even though the Zionist regime is out of breath, it continues to commit crimes and kill innocent people with its weapons. It murders unarmed women, children, the elderly and the youth. It imprisons and tortures them, destroys houses and demolishes farms and property. The liars in Europe and the US who make extravagant claims about human rights and who created a commotion on the issue of Ukraine keep totally silent in the face of all these crimes in Palestine. Not only do they not defend the innocent people, they also help that bloodthirsty wolf.

This is an important lesson. Regarding the issues of the world of Islam–at the top of which stands the issue of Palestine–we cannot and must not rely on these racist, hostile powers. Only with the power that comes from resistance, which originates in the teachings of the Qur’an and which arises from the religious rulings of dear Islam can one resolve the issues of the world of Islam and the issue of Palestine, which stands at the top of all Islamic issues.

The formation of the Resistance in West Asia has been the most blessed phenomenon in this region in recent decades. It was the magnificence of the Resistance that was able to cleanse the occupied territories of Lebanon of the pollution of the Zionists, pull Iraq out from the clutches of the US, and save Iraq from the maliciousness of the DAESH and assist Syrian defenders in the face of the US schemes. The Resistance fights against international terrorism, helps the resistant people of Yemen in the war that has been imposed on them, wrestles with the Zionist usurpers in Palestine and will bring them to their knees with God’s grace. It also highlights the issue of Quds and Palestine more and more for the people of the world to see on a daily basis.

You people of Palestine, you self-sacrificing youth in the West Bank and in the 1948 lands, you who are struggling for God in the Jenin refugee camp and for Quds and Gaza, and you the residents in the Palestinian camps outside of Palestine are important, sensitive parts and pioneers of the Resistance. Greetings be upon you. You must stand firm and know that “Verily Allah will defend those who believe” [Holy Qur’an, 22:38], “But if you are patient, it will certainly be best for those who are patient” [16:126], “But if you persevere patiently and guard against evil, that will be a determining factor in all affairs” [3:186], and “Peace unto you for that you persevered in patience. Now, how excellent is the final abode” [13:24].

The Islamic Republic of Iran advocates and supports the camp of Resistance. It advocates and supports the Palestinian Resistance. We have always said this, we have always acted on this, and we have stood by it. We condemn the treacherous move to normalize relations [with the Zionist regime]. We condemn the policy of a normalization of relations. Some Arab governments have asked the US to accelerate the matter of solving the Palestinian issue. If they mean that before the US leaves the region it should remove any obstacle standing in the way of the Zionist regime, then, first of all, they have behaved treacherously and have brought disgrace to the Arab world. Secondly, they have been naïve since this is a case of the blind leading the blind.

At the end of my statements, I send my greetings upon the souls of the Palestinian martyrs. I send my regards to their patient families. I send my greetings to the Palestinians who have been taken captive and prisoner but who resist with a firm determination. I squeeze the hands of our resistant Palestinian groups who have undertaken to carry out an important part of this great responsibility. And I call on the entire world of Islam, in particular the youth, to participate in this field that brings dignity and honor. And our concluding call will be: “All praise belongs to Allah, the Lord of all the worlds.” [Holy Qur’an, 10:10]