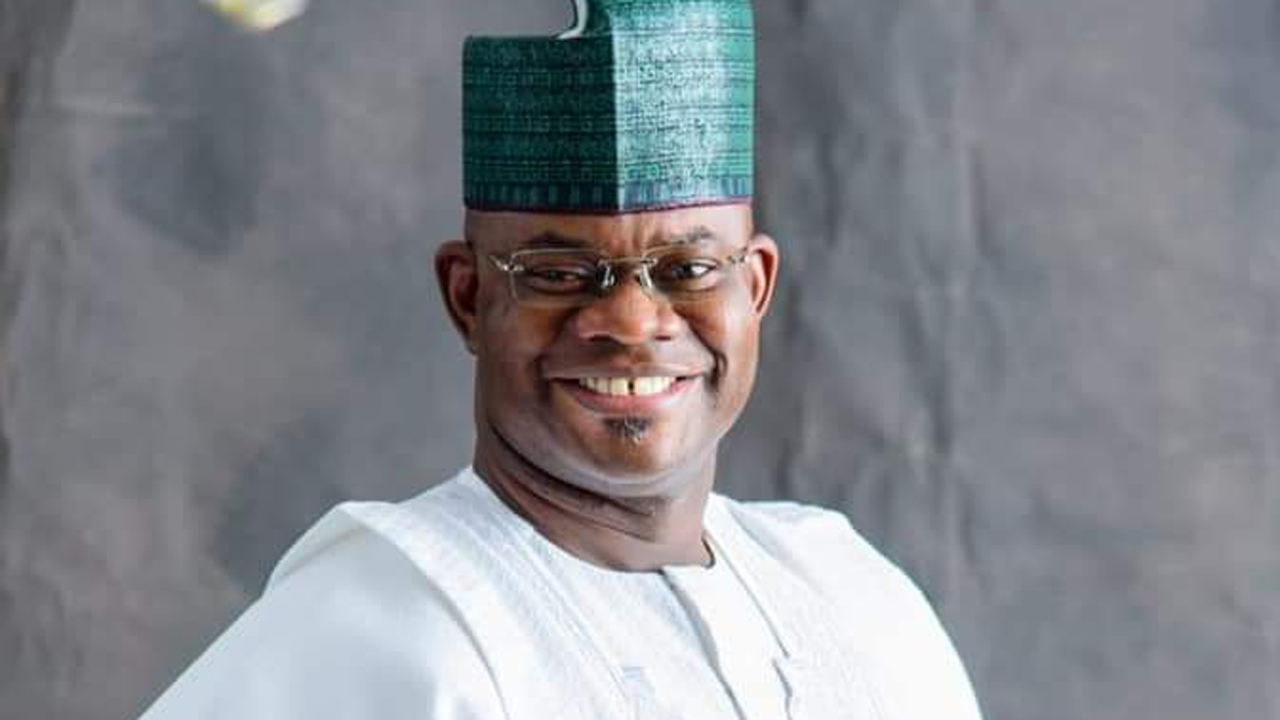 Yahaya Bello paid for the N100m forms on Tuesday morning. Kogi State Governor and Presidential aspirant of the ruling All Progressives Congress (APC) will pick his expression of interest and nomination forms on Wednesday, April 27, 2022.

The governor was said to have paid for the N100m forms on Tuesday morning.

This was announced in a statement by Director, Media, and Publicity, Yahaya Bello Presidential Campaign Organisation, Yemi Kolapo.

Recall that the Kogi governor declared his presidential ambition at the Eagle Square in Abuja on Saturday, April 2, 2022.

The statement reads; “With the payment for the forms, Governor Bello’s teeming supporters should rest assured that he will be on the ballot in the 2023 presidential race. We are highly encouraged by the number of APC Governors, leaders and stakeholders who have demonstrated their strong support for the candidacy of our principal. We reiterate that he is not known for betrayal. He is always very loyal to his own and his priorities have always been Nigeria.

“Though the race officially begins now, it is on record that Governor Bello has consistently been at the forefront of the contest. He has demonstrated this again by being the first to pay for the forms.

“We urge delegates and indeed all Nigerians to shun divisive narratives in the interest of the nation and choose the best of the lot. We have no doubt that our tested and trusted National Working Committee members will put the interest of the party and that of Nigeria first in their activities around the process that will throw up the next flag bearer of the APC.”

Bello is contesting the APC presidential ticket with the former governor of Lagos State and a National Leader of the APC, Bola Tinubu, Vice President Yemi Osinbajo, the Minister of Transportation, Rotimi Amaechi, Gov. Dave Umahi of Ebonyi; a former governor of Abia, Sen. Orji Kalu, and other aspirants.