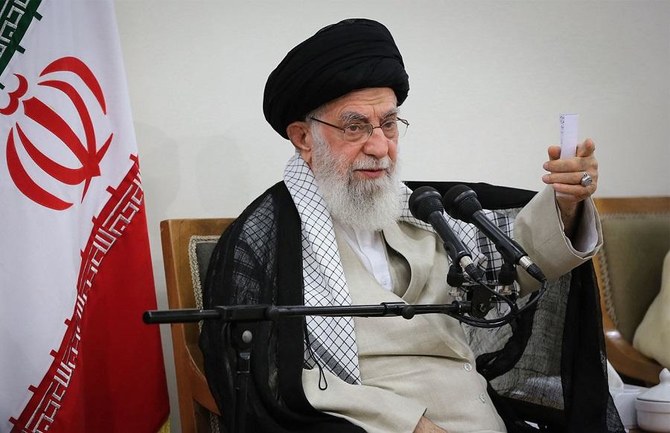 Supreme Leader of the Islamic Revolution Ayatollah Seyyed Ali Khamenei said that the bipolar system has been abolished in the world, adding that the US is now in a much weaker position in all areas as compared to the past.

Ayatollah Khamenei made the remarks in a meeting with a group of university students and the representatives of students unions on Tuesday on the occasion of the holy month of Ramadan.

The US is now in a weaker position in every aspect compared to the past, the Supreme Leader said while referring to the new world order at the present time.

He underscored that the US is now weaker in its domestic politics, in its foreign policy, in its economy, in its security and in everything as compared to twenty years ago.

Iran’s Supreme Leader said that the world is witnessing a new order and a new international order is emerging in the world.

The US sought to become the only hegemon in the world and establish a unipolar system after the collapse of the Soviet Union but it has failed in every aspect, Ayatollah Khamenei added.

According to a analysis, American democracy is under assault from the ground up. The most recent systematic attack on state and local election machinery is much more dangerous than the chaotic statements of a disorganized former president. A movement that relied on Mr. Trump’s organizational skills would pose no threat to constitutional institutions. A movement inspired by him with a clear objective and a detailed plan to achieve it would be another matter altogether.

The chances that this threat will materialize over the next few years are high and rising. The evidence suggests that Mr. Trump is preparing once again to seek the Republican presidential nomination—and that he will win the nomination if he tries for it. Even if he decides not to do so, the party’s base will insist on a nominee who shares the former president’s outlook and is willing to participate in a plan to win the presidency by subverting the results of state elections if necessary. The consequences could include an extended period of political and social instability, and an outbreak of mass violence.